New video has been released of Friday’s rescue of an entangled humpback in waters off of Maui. Trained responders freed the whale from 285 feet of braided line that was hanging from the animal’s mouth.

An entangled adult humpback whale was freed by a team of trained responders off Mākena Beach, Maui on Friday, Jan. 12, 2018. The animal was trailing more than 285 feet of 3/8 braided line from its mouth. All gear was successfully removed and recovered. Gear will be analyzed towards determining its possible origins and trying to reduce entanglement threat in the future.

The whale was first reported Jan. 11 at 11:40 a.m. HST by the captain of the fishing vessel Layla. Rapid first response was mounted by the West Maui response team aboard the Aloha Kai, the USCG, and NOAA Office of Law Enforcement’s  patrol vessel.

By 1:35 p.m., the Hawaiian Islands Humpback Whale National Marine Sanctuary’s response vessel, Koholā, arrived with a full response team. The team launched an inflatable, from the Koholā, approached the whale to get a better assessment of the entanglement, but the animal became quite active. USCG, OLE, West Maui and Sanctuary vessels provided much needed safety support.

Once the animal calmed down, the team in the inflatable was able to attach a buoy halfway up the trailing gear and remove approximately 110 feet of line. The team tried to pull the remaining gear from the whale’s mouth, but was unsuccessful. With sunset approaching, a tracking buoy was added to the remaining gear.

On Jan. 12 at 8:38 a.m., using the tracking buoy, the authorized team of trained responders relocated the whale. The team once again deployed the inflatable and took a very slow, methodical approach in re-acquiring the trailing gear running from the right side of the animal’s mouth in the hopes of keeping the animal calm.

Eventually the team moved to within 50 feet of the animal as it hung below the inflatable in a favorable position with its head oriented towards the surface. At 10:20 a.m., with steady tension on the line and the head-up-orientation, the team was able to pull the remaining gear from the animal’s mouth.

On release, the animal immediately breached several times. The support boat attempted to stay with the animal as the approach team collected the gear. With the removal of gear, it is believed that the animal has an excellent chance of surviving.

Mariners are asked to keep a sharp lookout for whales in distress, but not to approach closely or attempt to assist them. Only trained and well-equipped responders that are authorized under NOAA Fisheries’ Marine Mammal Health and Stranding Response Program are permitted to assist whales and other marine mammals. 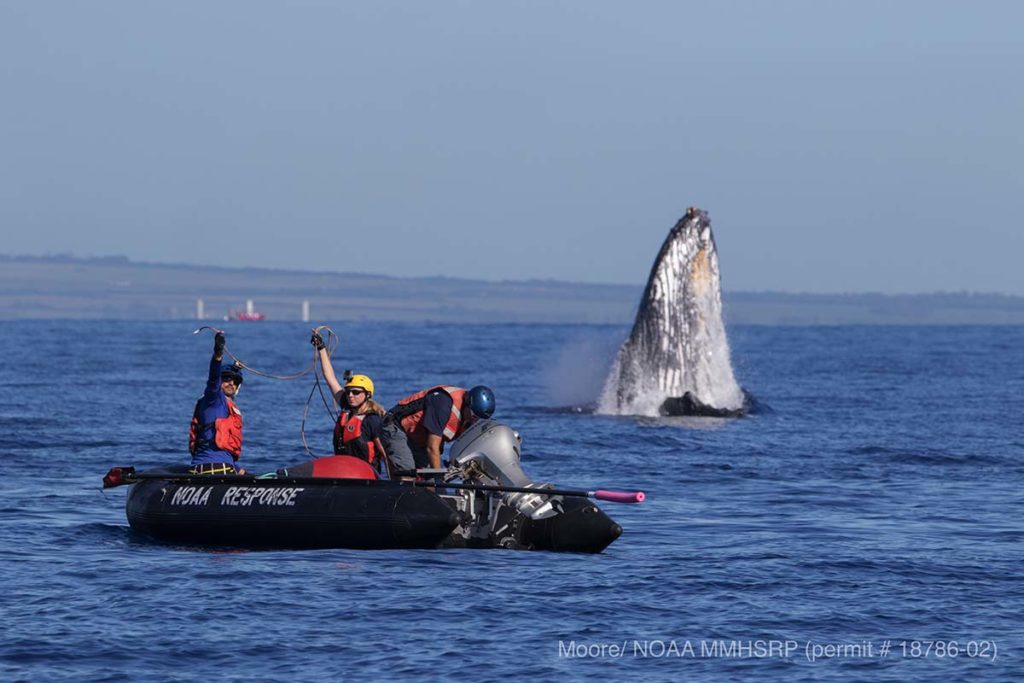 Response team holds up the line that has just been pulled from the whale’s mouth as the whale breaches behind. J. Moore – NOAA MMHSRP (permit # 18786-02) 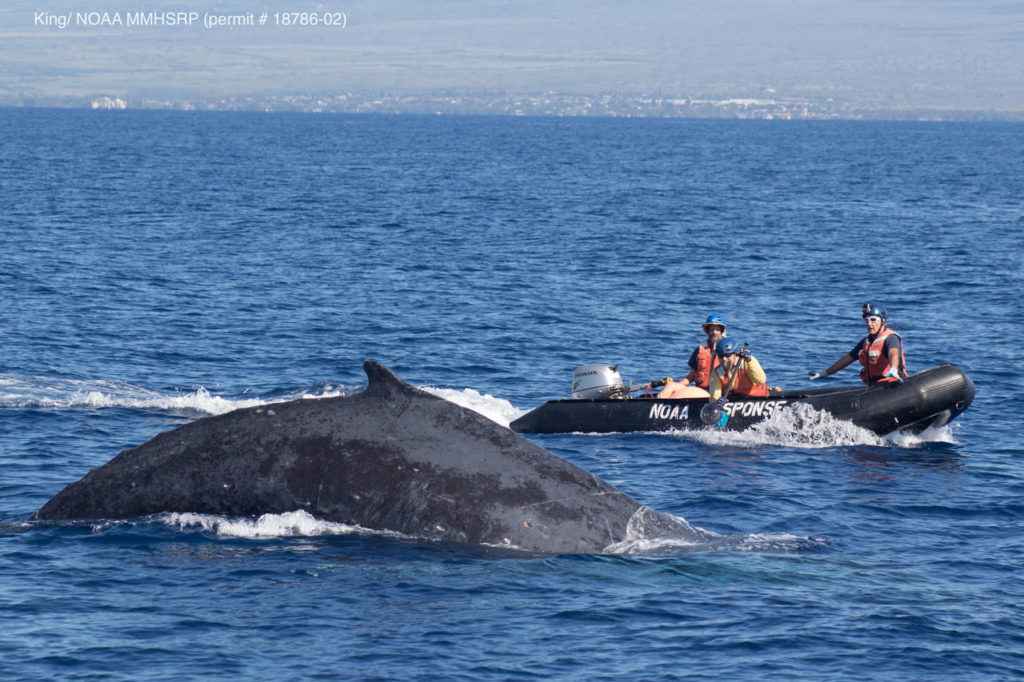 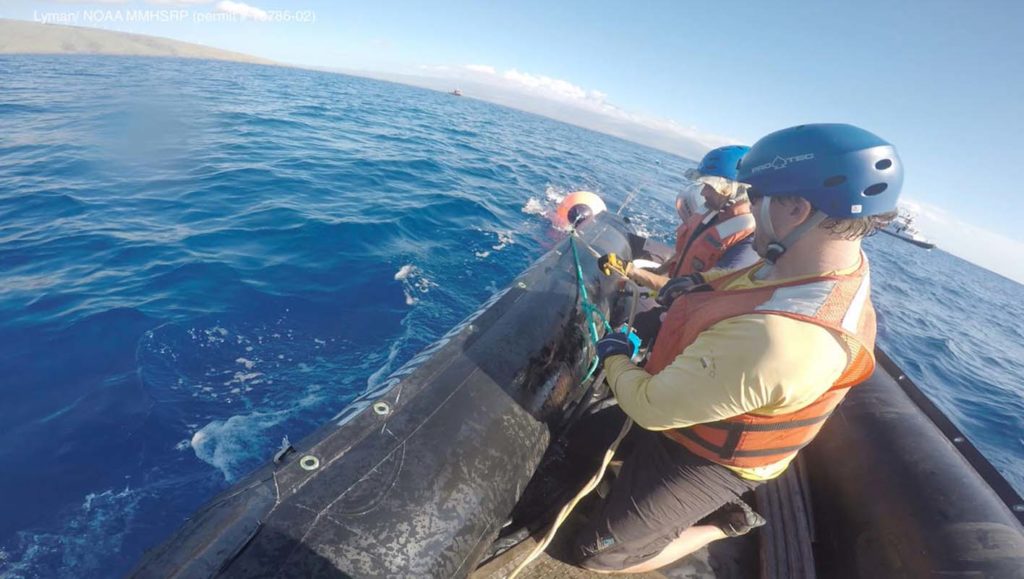 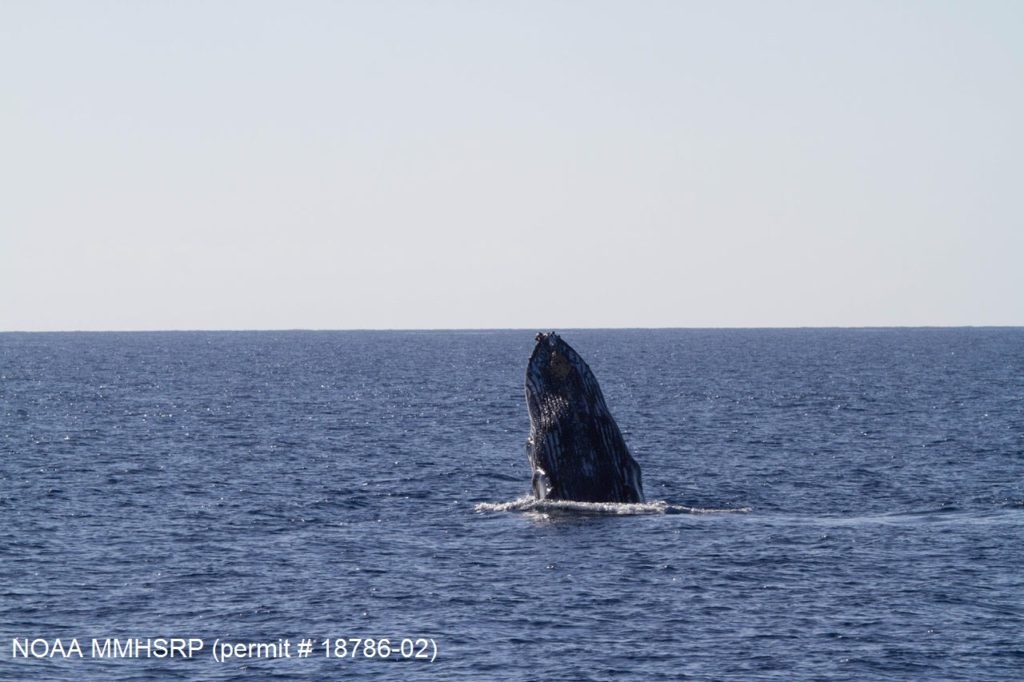 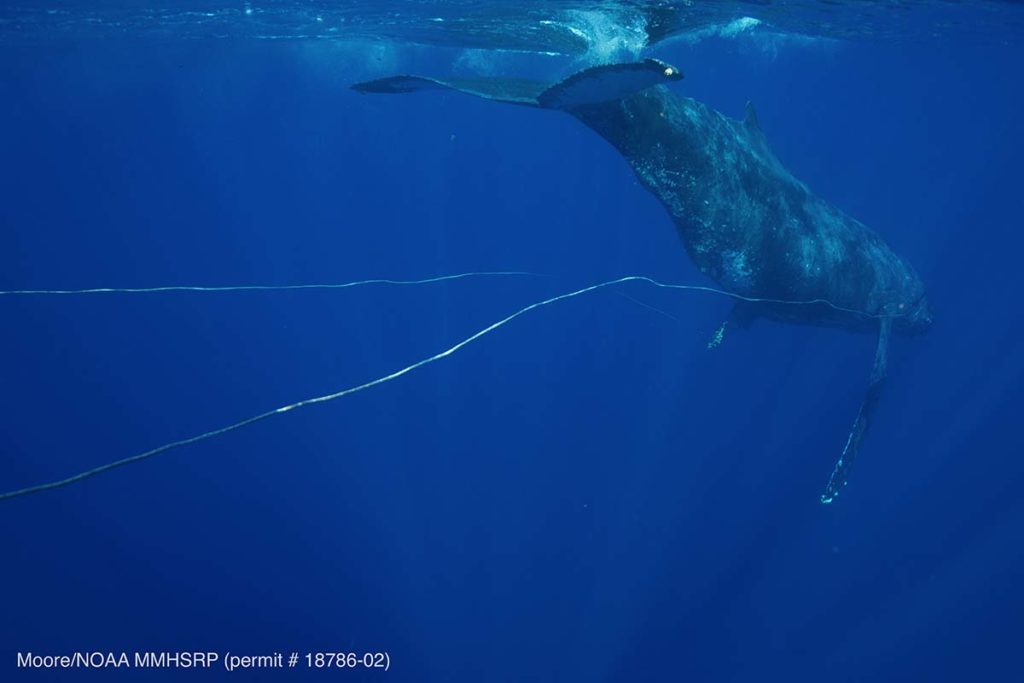 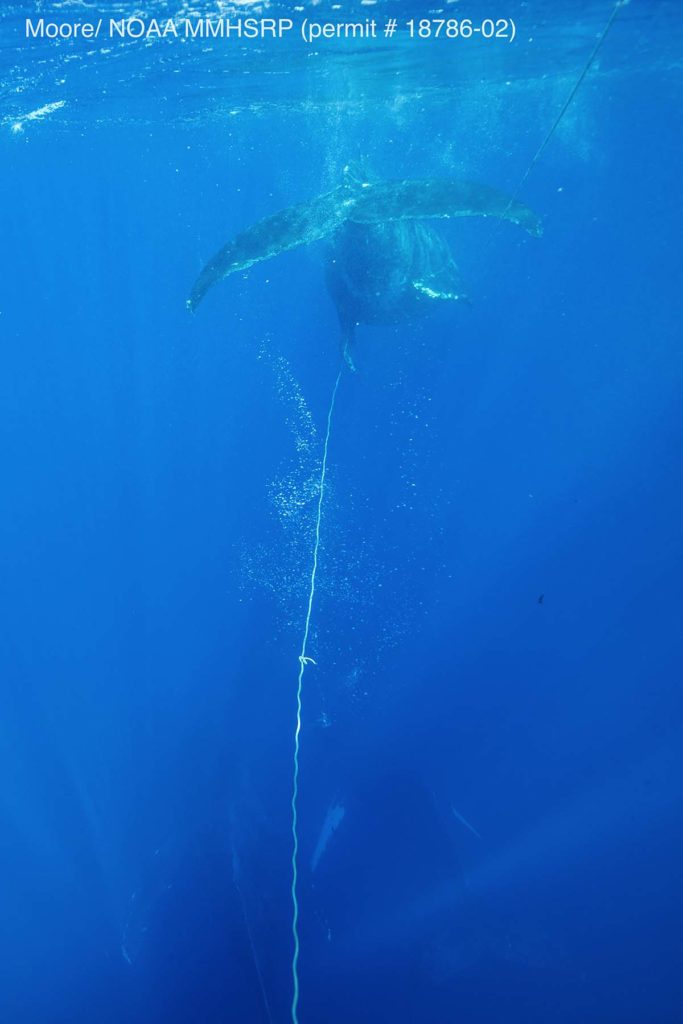 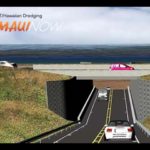 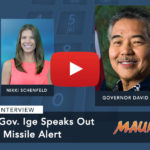