A celebration of life, scattering of ashes will follow at 10 a.m. on Saturday, Feb. 3, 2018 at Kahana reef located at 4471 Lower Honoapiʻilani Road, ocean side. In lieu of monetary offerings, donations in her name may be made to: Wailuku Hongwanji Mission. Terry worked as an accountant for Joseph Hew, Michael Nakamura CPA then worked for Baldwin High School where she later retired. She was an avid reader and traveler. Traveling the Mainland, Portugal and Madeira. She loved traveling to Las Vegas with her classmates. She graduated from St. Anthony class of 1948.

Special thank you to Maui Memorial Hospital ER, ICU Doctors and Nurses. Dr. Savona and staff, Dr. Lugo and Dr. Williams and Ballard’s. Very special thank you to Island Hospice for their special loving care. She passed away peacefully in the loving arms of her family.

Services will be also held at St. Theresa Catholic Church in Kīhei on Saturday, Feb. 3, 2018. Viewing from 8 a.m. to 1 p.m. with mass to begin at 9 a.m. Lunch to follow then burial at Valley Isle Memorial Park at 1 p.m.

Royal Keaoopua Mitchell Sr., 82, of Kailua-Kona, passed away on Jan. 20, 2018. He was born in Honolulu. Royal worked as a tug boat engineer.

No services are planned.

Herman Naha Ludloff Jr., 94, of Hilo, passed away on Jan. 19, 2018. He was born March 25, 1923, he served in US Army and was a retired Cheif Executive for Hawaiian Telephone Company and was a member of the Hawaiian Golf Club.

Philip Palencia, 87, of Keaʻau peacefully passed away on Jan. 12, 2018. He was born on Nov. 7, 1930 in South Kona and was raised in Maunawili, Oʻahu and retired in Keaʻau. He was a retired Operations Manager for a Trucking Company.

Celebration of life will be held on Friday, Feb. 2, 2018 at Ballard Family Moanalua Mortuary 1150 Kikowaena St. in Honolulu from 5-9 p.m.

Bill was born in Washington DC on March 15, 1936. As a child of a Foreign Service diplomat, he traveled the world with his parents and sister. After attending UCLA, he joined the Army and served in Germany working in intelligence. He then joined the Foreign Service as a diplomat serving at posts in Thessaloniki, Athens, Rome, Belgrade, Prague and Kinshasa with a career in serving his country spanning over 30 years.

After retiring from the Foreign Service he moved to Keaʻau with his wife Nancy. Bill served his community as treasurer for Sacred Heart Church in Pāhoa, and on positions for Hawaiian Paradise Park community. After being office supervisor for H & R Block in Hilo, he then opened up his own tax business, assisting many in his community with their returns.

Bill was a loving husband to and is survived by his wife Nancy. He was a devoted father to his children Linda and Mark and a steadfast brother to his sister Helen. He will be fondly remembered by his relatives and by his friends on the Big Island, especially for his tales of times in the Foreign Service.

There will be a visitation at 9 a.m. and a memorial mass at 10 a.m. on Thursday, Jan. 25 at St.Joseph’s Catholic Church, 43 Kapiolani Street in Hilo. It was Bill’s wish that his final resting place be in a military cemetery. His family is making arrangements for him to enter the most honored Arlington National Cemetery.

In lieu of flowers his family suggests donations be made in his name to American Cancer Society, which can be done at www.cancer.org.

Celebration of life to a be announced at a later date. She is survived by sisters Lenore Hunter of Kailua-Kona and Jo-Ann Capers of Austin, Texas; one nephew and three nieces. 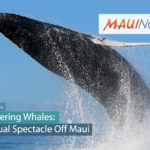 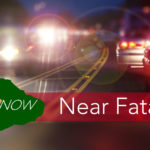