Sen. Schatz: “Missile Alerts Should be Handled by Federal Government”

Today, U.S. Senator Brian Schatz (D-Hawai‘i), lead Democrat on the Senate Subcommittee on Communications, Technology, Innovation, and the Internet, released the following statement in response to reports released by the Federal Communications Commission and the State of Hawai‘i on the false emergency alert.

“The reports from the FCC and the State of Hawai‘i demonstrate systems and judgement failures on multiple levels, and they reinforce my belief that missile alerts should be handled by the federal government.”

In a Senate Commerce Committee hearing last week, Senator Schatz announced plans to introduce bipartisan legislation that would improve the emergency alert system and give the federal government the sole responsibility of alerting the public of a missile threat, prohibiting state and local governments from issuing those kinds of warnings.

Video of Senator Schatz’s remarks at last week’s hearing is posted below: 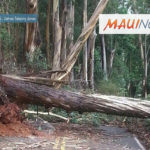 Pi‘iholo Ranch Agrees to Partner with County to Remove Trees 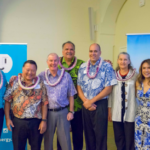