A live skunk was captured early this morning at Pier 1 at Honolulu Harbor. Plant Quarantine inspectors from the Hawaiʻi Department of Agriculture were called by agents of the U.S. Customs and Border Protection at about 7:15 a.m. today and were informed that a skunk was captured by stevedores at the pier. 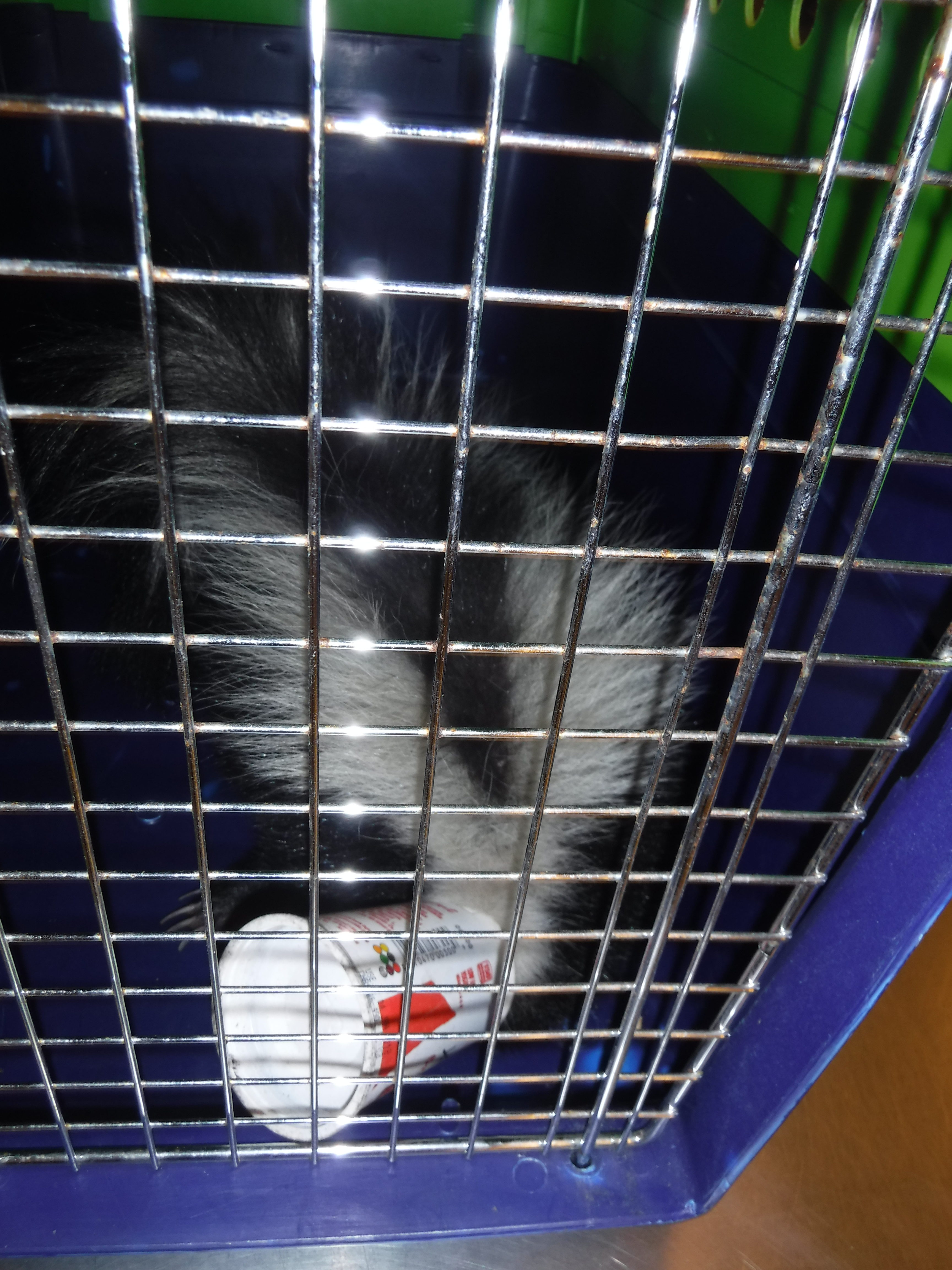 It is not known exactly when or how the skunk got onto the pier, but CBP reports that stevedores saw the animal running around in the harbor yard with its head in an empty yogurt cup.

The stevedores used plastic traffic barriers to contain the animal until HDOA inspectors arrived. Inspectors then transported the skunk to HDOA’s Animal Industry Division where samples are being prepared for testing for the rabies virus at a Mainland laboratory. Results will take several days.

State veterinarians tentatively identified it as a striped skunk and appears to be a young adult weighing 3.5 pounds. The gender has not yet been determined as veterinarians minimize handling of the animal until a negative rabies test result is received.

It is not known exactly when or how the skunk got onto the pier, but CBP reports that stevedores saw the animal running around in the harbor yard with its head in an empty yogurt cup.

Skunks are prohibited in Hawaiʻi and are only allowed by permit for research and exhibition in a municipal zoo. Skunks inhabit the US, Canada, South America, Mexico and other parts of the world. They are also one of the four wild animals considered to be the primary carriers of the rabies virus, a fatal viral disease of mammals most often transmitted through the bite of a rabid animal. Hawaiʻi is the only state in the US and one of the few places in the world that is rabies free.

The Plant Quarantine Branch records indicate that this is the first skunk captured in the state. 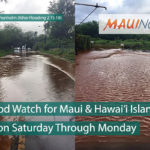 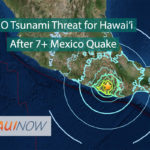 No Tsunami Threat to Hawai‘i After 7+ Mexico Quake