Whale Tail: What it Means When a Humpback Does a Headstand

Some interesting whale behavior was documented in waters off of Maui this week.  A whale offshore of the McGregor Point Lighthouse in West Maui was observed in a headstand position for approximately four minutes on Tuesday afternoon, Feb. 27, 2018.

The individual who submitted the video identified the humpback as a female and tells Maui Now that the nose of the whale was in the sandy bottom and the tail was above water for the duration, however, we were unable to confirm that information from simply observing the footage.

The whale was seen with another whale and calf, both of which appear in the unedited video.  There were also about eight bottle-nose dolphins observed in the footage as well.

So what does it mean when a whale does a headstand?

We reached out to the Pacific Whale Foundation to see if they could provide us with some answers.

Stephanie Stack, Senior Research Biologist with the Pacific Whale Foundation tells us that she generally doesn’t like to comment without seeing the behavior herself, but since the description indicated it was a mother with a calf, it sounds like it could be “fluke-up, or tail-up, nursing.”

“Whales with a calf sometimes adopt this position to nurse their calf while resting. It is relatively unusual to see here in Hawaiʻi, but our researchers (myself included) see this behavior commonly in our other study site, off East Australia,” said Stack in an email communication to Maui Now.

Stack writes about this particular behavior in the PWF blog.

When similar activity was observed off Maui two years ago in March of 2016, Stack wrote that some were of the opinion that the whale in that particular video footage was using its tail flukes to sail, while others suggested it was attempting to cool down using its tail as a “thermoregulatory device.”

“We believe a different hypothesis to be true,” Stack wrote in the PWF blog of the 2016 footage.  She explained:

“The whale with the extended flukes is most likely a female humpback with a newborn calf. The mother is resting while still allowing her calf access to her mammary glands (located near the posterior portion of her body some 6-8 feet from her flukes).  By extending her tail into the air she is able to keep her body relatively close to the surface, allowing her to rest while minimizing dive depths for her young calf.  The calf is then able to nurse at will and expend less energy.”

She described the behavior as “socially transmitted,” with a steady increase in the feeding and resting posture over the past 20 years.

She writes: “There is no need to be alarmed at the sight of a whale with its tail extended for long periods of time: the animal is neither injured nor in harm’s way.” 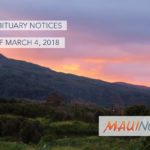 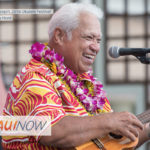