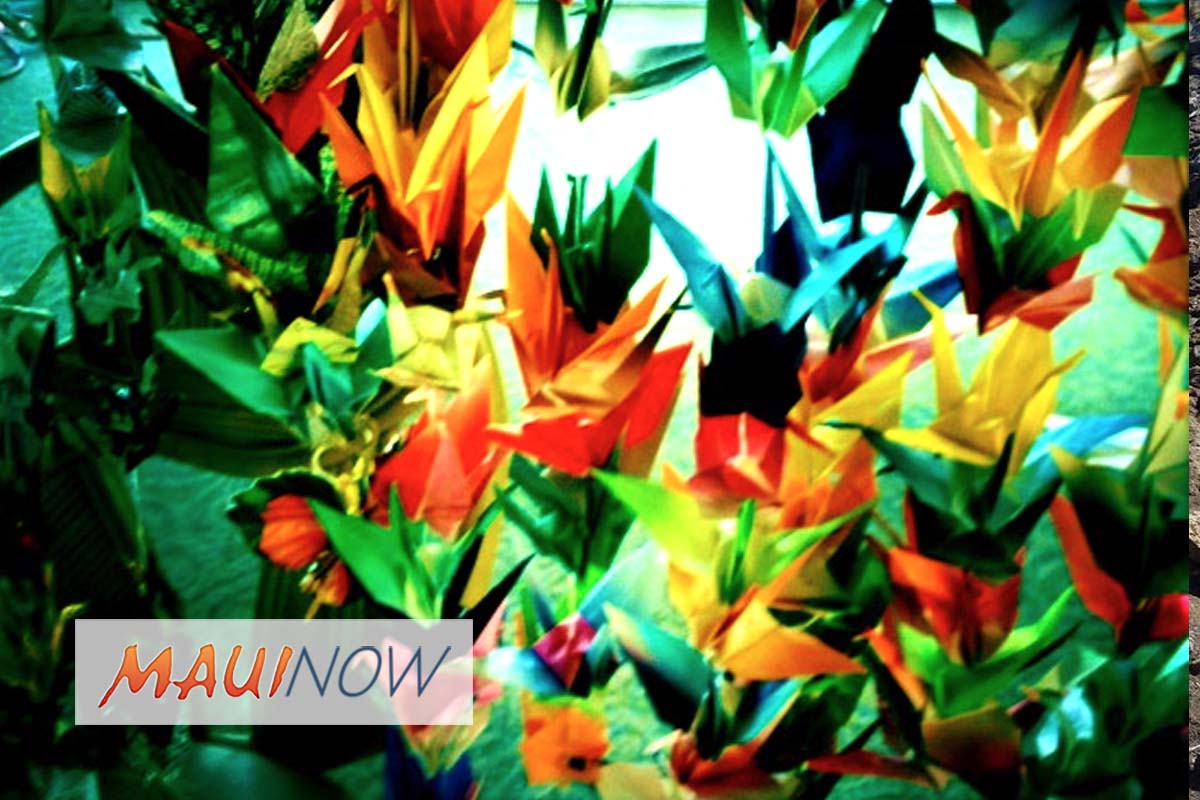 Following Mayor Arakawa’s visit to Fukuyama City, he will be making a courtesy visit to Hiroshima City to meet with Hiroshima Prefectural Governor Hidehiko Yuzaki, as well as to visit Hiroshima Peace Memorial Museum with the hope of dedicating strands of origami cranes to the memorial on behalf of the citizens of Maui County.

Maui County residents are invited to pick up origami paper from the Mayor’s Office, fold origami cranes, string the cranes (no more than 40 cranes per strand with no gap between the cranes) and return them to the Mayor’s Office by Tuesday, May 1, 2018.

Those wishing to learn how to fold origami cranes are invited to attend an instructional session presented by Tokie Ogawa on Monday, April 9 and Tuesday April 10 from noon to 1 p.m. in the Mayor’s Lounge.

The strands of origami cranes that will be presented to the Peace Memorial Museum as part of a “prayer for peace” will eventually be recycled for use in notebooks. Each notebook will contain, among other things, English-language commentaries on the life of Sadako Sasaki (1943-1955), the model of the Children’s Peace Monument in the Hiroshima Peace Memorial Park, and a method for folding a paper crane, as well as a sheet of recycled origami paper. The Orizuru (Japanese for paper crane) Notebook Project organizers hope that the notebook recipients will think about peace when they fold the recycled paper into cranes, which could then “fly” back to Hiroshima.

About 10 million paper cranes, equal to about 10 tons, are donated every year to the Children’s Peace Monument, according to the Hiroshima City government. A special processing method has been used to recycle part of those origami cranes into the paper. 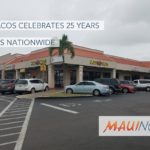 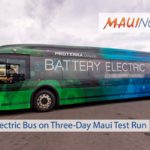