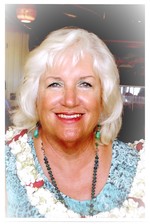 Carol A. (Clements) Minnich, age 67 of Kīhei, formerly of Pukalani, and Pine Grove, Pennsylvania and Orwigsburg, Pennsylvania, passed away on Saturday, April 14, 2018.

Born May 12, 1950 she was the Daughter of Norman L. Clements and Dorothy M. (Martin) Clements of Pine Grove, Pennsylvania (Both Deceased).

She was a 1968 Pine Grove Area High School graduate and attended two years at York College of Pennsylvania, York, PA. Carol was a former Asst. Cub Scout Den Leader of Pack 50, and former Director of the Liholani Golf Village Association, a current member of the Maui Arts and Cultural Center, The Pinegrove Historical Society, The Lahaina Restoration Foundation and The Pacific Whale Foundation.

While living in Pennsylvania, Carol was employed for 30 years in the Payroll Department and Research & Development Offices of Guilford/Gold Mills, Inc. Pine Grove, and for five years in the Switchboard Office for Cabela’s, Inc., Hamburg. She was an Independent Representative of Primerica – Pennsylvania Licensed in Accident, Health, Life and Fixed Annuities. Carol also held the designation of Pennsylvania Registered Representative of Investment Company and Variable Annuity Products with the National Association of Securities Dealers, Inc.

Carol and her husband Mark moved to Maui in 2008. Swimming in the warm Pacific Ocean every morning with The Maui Mermaids brought her much joy to her body, mind and spirit. Carol was thankful for the many long-time Pennsylvania friends and co-workers, and Maui ‘ohana friends who touched her life.

Interment in the Keawala‘i Congregational Church Po‘aialoha Columbarium, 5300 Makena Road, at the convenience of the family.

In lieu of flowers, please mail donations in memory of Carol A. Minnich to the “Pine Grove Lions Holiday Classic Parade”, c/o Terry Zimmerman, 139 S. Tulpehocken Street, Pine Grove, PA 17963, so that many families are able to enjoy the non-profit annual parade tradition in the future.

Mollie worked at various doctor’s offices as a receptionist before she retired.

Mollie’s family would like to send a special thank you to Hospice Maui and the staff at Hui Aloha. 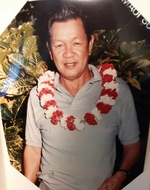 Visitation will be held from 9 a.m. to noon on Thursday, April 26, 2018 at Ballard Family Mortuary, service will begin at 11 a.m. Private urn burial will be done at a later date.

Tom retired from Kā‘anapali Beach Hotel where he worked as a cook. 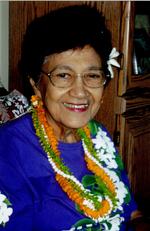 Mary Redo Estrella passed away peacefully on April 6, 2018 at her home in Hāna at age 88. She was born in Honolulu on March 11, 1930 and moved to Hāna in 1931 along with her sister Elizabeth Tanaka and brother Valentine Redo (both deceased) and was raised by Uncle Nalei and Aunty Marie Silva. Her three other brothers John Kema (joined the army), Joseph “Joka” and William Starkey (all deceased) lied on Moloka‘i.

She graduated from Hāna High School in 1948 and registered to attend Phillips School of Business on O‘ahu but returned to Hana to help Uncle Nalei with freight hauling.

Mary started working at Hotel Hāna Maui in 1946 at age 16 in the ice cream parlor; worked as a waitress, front office clerk, marriage registrar, human resources and secretary to many Hotel Managers. She held the Resident Manager position from 1979-1985 and retired after 50 years on Dec. 31, 1996 as Executive Administrative Assistant.

She leaves behind five children; Lee, Nalani (Matt) Paio Stanton (Lucinda), Ingrid, Ui (Tony) Arriaga and adopted (at age 6) grandson, Kamana (Leina). She was blessed with 16 grandchildren, 25 great grandchildren and many nephews and nieces. Mary is the last of her generation of the Redo legacy. 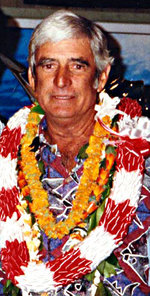 Visitation will be held from 9 a.m. to noon on Saturday, May 5, 2018 at Norman’s Mortuary; service will begin at 10 a.m.; burial will follow, 1 p.m. at Valley Isle Memorial Park Cemetery in Haʻikū. The Family would like to invite you to a Celebrate of Life for Donald at Haʻikū Community Center at 2 p.m. Norman’s Mortuary is assisting with funeral arrangements.

Leroy Herman Gomes, 56 of Pāhoa, passed away on April 11, 2018 at Hilo Medical Center. Born on June 8, 1961 in Honolulu, he was a school bus driver for Robert’s Hawaiʻi and Laupahoehoe Transportation.

Boone M. Morrison, 77 of Volcano, passed away on April 8, 2018 at his home. Born on Jan. 28, 1941 in California, he was a freelance residential and historical architect for the Big Island.

Celebration of Life to be planned at a later date.

Barbara M. Frost, 81, of Kea‘au died on April 8, 2018 at Kinolau Malama Care Home. Born in California, she was a retired office manager for Sake One Brewery.

Private services to be held.

He was a police officer (TEU) for the County of Hawai‘i, a member of Hui Maka‘i Motor Cycle Club and the Blue Knights Motor Cycle Club; former officer for Department of Defense at Pearl Harbor under the direction of his fearless leader, Major Wilson Kerisiano; and former motorcoach operator at Robert’s Hawai‘i for many satisfying years. 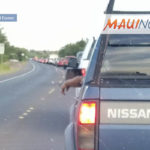 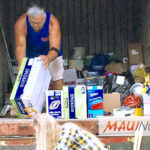