A 10th anniversary celebration takes place at five Aloha Air Cargo stations across the state over the next two weeks.

A Maui milestone celebration reception will be held next Friday, May 25th from 11 a.m. to 1 p.m. at the Maui Station (871 Haleakalā Highway, Kahului).

The company became an independent cargo operator after the closure of Aloha Airlines passenger services in May 2008 when its profitable cargo division was sold to the Seattle-based Saltchuk.

Headquartered in Honolulu, Aloha Air Cargo has five stations in the State delivering transport of goods between the islands of Oʻahu, Maui, Kauaʻi and Hawaiʻi as well as the mainland with stations in Los Angeles and Las Vegas. 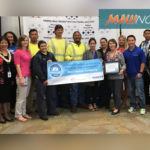 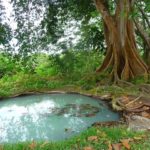