Attorney General Jeff Sessions and U.S. Attorney for the District of Hawai‘i Kenji M. Price announced that the Department of Justice is taking a dramatic step to increase resources to combat violent crime, enforce immigration laws and roll back the opioid crisis.

In the largest increase in decades, the Department of Justice is allocating 311 new Assistant United States Attorneys to assist in priority areas. Those allocations are as follows: 190 violent crime prosecutors, 86 civil enforcement prosecutors and 35 additional immigration prosecutors. Many of the civil enforcement AUSA’s will support the newly created Prescription Interdiction and Litigation Task Force which targets the opioid crisis at every level of the distribution system.

“Under President Trump’s strong leadership, the Department of Justice is going on offense against violent crime, illegal immigration and the opioid crisis—and today we are sending in reinforcements,” said Attorney General Jeff Sessions. “We have a saying in my office that a new federal prosecutor is ‘the coin of the realm.’ When we can eliminate wasteful spending, one of my first questions to my staff is if we can deploy more prosecutors to where they are needed. I have personally worked to re-purpose existing funds to support this critical mission, and as a former federal prosecutor myself, my expectations could not be higher. These exceptional and talented prosecutors are key leaders in our crime fighting partnership. This addition of new Assistant U.S. Attorney positions represents the largest increase in decades.”

The Department of Justice is allocating two new Assistant U.S. Attorney positions to the U.S. Attorney’s Office for the District of Hawai‘i. “The addition of these AUSAs to our office will further enhance our ability to protect Hawai‘i’s citizens by targeting violent criminals and taking an all-hands-on-deck approach to combatting the opioid crisis,” said U.S. Attorney Kenji M. Price. 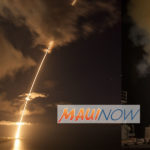 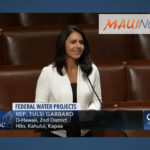