Inside One of Hawaii’s Most Authentic Luau

Opening its doors in 1986, the founders of Old Lahaina Luau had one goal in mind: showcase a more culturally sensitive and traditional form of luau.

Now considered to be one of Hawaii’s best luaus, the Old Lahaina Luau simply provided what was then missing in hotel entertainment, a simple and authentic presentation of Hawaiian music and culture.

To this day, the Old Lahaina Luau still runs its business with the Hawaiian values of “aloha, ho’okipa (hospitality) and po’okela (excellence).”

As Old Lahaina Luau grew from humble beginnings to a position of leadership in the Hawaiian entertainment industry, the luau became more protective of its creative assets. Ever since, the luau strictly prohibited cameras backstage, limiting the public from learning about the enormous undertakings that go into creating one of Hawaii’s best luaus.

Nevertheless, on June 2018, the Old Lahaina Luau has once again opened its doors – this time backstage – to Aloha Stoked’s video blogger, Kalani Prince.

Filming around Maui for most of his life, Kalani saw the island grow from its plantation days to a bustling tourist destination.

Recording the scenes backstage, what Kalani discovered was more than just the commitment the luau performers had for their craft, but most importantly of all, their love for Hawaiian culture and quest for an honest portrayal of Hawaii’s story and its people.

Watch Aloha Stoked’s video above to learn more about this story and Old Lahaina Luau. 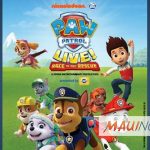 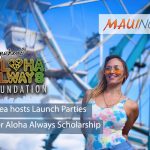