A Maui woman was sentenced to four years and two months in jail for her role in conspiring to embezzle from the First Hawaiian Homes Federal Credit Union on Molokaʻi.

According to the Justice Department, Janell Purdy, 40, of Wailuku must also pay $949,736.36 in restitution and serve three years of supervised release as part of the sentence.

According to court documents and information presented in court, from June 2008 through December 2015, Naeole and Purdy agreed to embezzle more than $1 million from the First Hawaiian Homes Federal Credit Union.

Throughout the conspiracy, Purdy and Naeole were the only two permanent employees of the Credit Union and were responsible for all the daily banking activities, including maintaining the Credit Union’s books and records. Naeole ran the Credit Union while Purdy was the teller and customer service representative.

According to the Justice department, they concealed the embezzlement by creating fictitious deposit and loan entries in the Credit Union’s books and records.  To further conceal their conduct, Naeole created a fake email account to communicate with the National Credit Union Administration, authorities said.

Naeole was also accused of submitting a fictitious letter to an NCUA regulator forging a Bank of Hawaiʻi branch manager’s signature and listing Credit Union investment assets at the Molokaʻi branch of the Bank of Hawaiʻi, even though she knew those assets did not exist.

In December 2015, the scheme was uncovered by a regulator from the NCUA. As a result of the embezzlement, the Credit Union had become insolvent and was shut down.

At the time of its dissolution, it had served the local community for over 75 years and had approximately 1,400 members.

The loss and liquidation expenses related to Naeole and Purdy’s conduct exceeded $2 million, according to the Justice department.

At Purdy’s sentencing, US District Court Judge Derrick K. Watson stated that the results of the conspiracy were “catastrophic.” He stated that Purdy did not seem to understand the root cause of her conduct in continuing “to march along in her spendthrift ways,” even after she knew she was under investigation and would be responsible for hundreds of thousands of dollars in losses.

Justice officials say Judge Watson also agreed with the government that Purdy’s motivation to steal appeared to be “greed.”

The case was investigated by the Federal Bureau of Investigation and the Treasury Department – Office of Investigations, and prosecuted by Assistant US Attorney Rebecca A. Perlmutter. 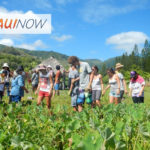 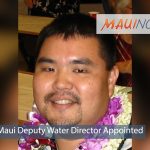