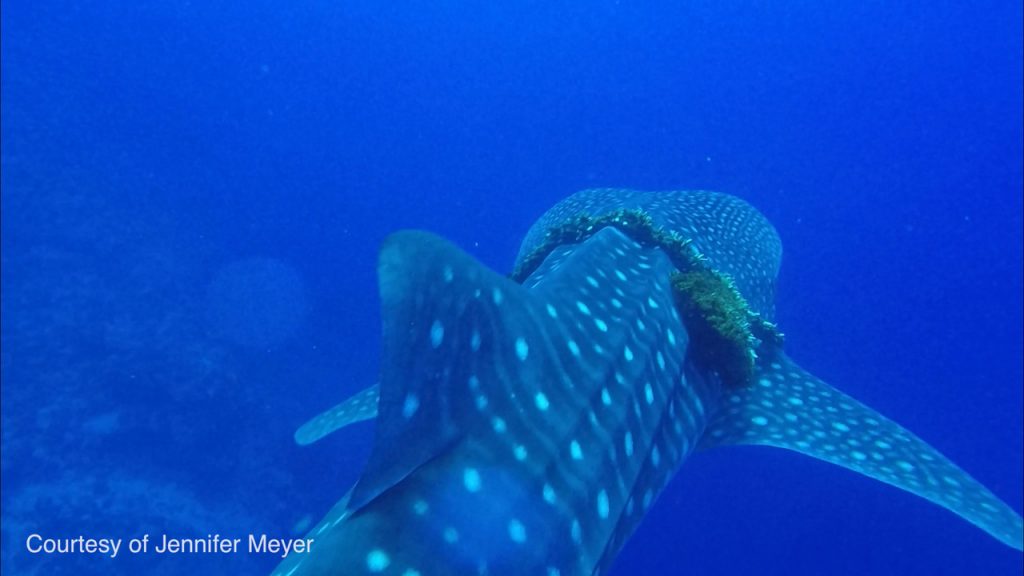 A juvenile whale shark that was entangled with heavy rope in recent weeks has been freed. On Sunday a group of free divers located the whale shark off Kaunolū, Lānaʻi and after five dives were able to successfully help cut the line.

The whale shark was in approximately 30 to 40 feet water but appeared very calm during the disentanglement process. The rope was estimated to weigh well over 150 to 200 pounds. A dive knife was used to free the whale shark and it took at least an hour to help free it.

The whale shark swam calmly through the disentanglement process as the divers removed the heavy rope. After the whale shark was freed it stopped swimming back and forth, went into deeper water and swam off.

Whale sharks are listed as endangered worldwide with an estimated decline of more than 50% since 1975 and are at risk to threats like entanglement.

People should not try disentangling whales or other marine mammals on their own. Only responders trained in large whale entanglement response under NOAA’s Marine Mammal Health and Stranding Response Program may attempt to remove derelict fishing gear. 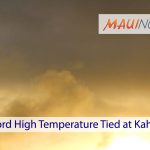 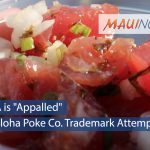