This marks an expanded presence for the locally-owned multi-media company, which already has six radio stations on Maui and another six on the Big Island of Hawaiʻi, as well as multiple digital media products (Maui Now and Big Island Now) and an exclusive contract with the State of Hawaiʻi to provide advertising services for the “Neighbor Island” airports with its subsidiary Hawaiʻi Airport Advertising.

“We are growing our family,” said PMG president and CEO Chuck Bergson.  “We’ve been looking at Kauaʻi for over 20 years as a growth opportunity and have had discussions over the years, but it was never quite right, until now.”

“KONG is the number one radio group on island, and we’re pleased with that and are excited about working together with the KONG team,” said Bergson.  After meeting with Kauaʻi station employees on Tuesday, he said, “Like us, they believe in Live radio.  They have good, strong, passionate people who are committed to the Kauaʻi community and love what they do.”

Terry Gillingham, Regional Vice President and General Manager for the Hawaiʻi Operations of Ohana Broadcast Company said, “It has been a real privilege to work with all the people at the KONG Radio Group. Over the past few years, we have made significant gains and we feel that Pacific Media Group is the right company to take it from here; their operating philosophy is a good match for the people and operations of the Kauaʻi cluster.”

Bergson reflected upon his first visit to Kauaʻi in September of 1992, when the company participated with other Maui community leaders to deliver a $26,000 check to the mayor as part of a Kōkua for Kauaʻi fundraising concert held on Maui featuring the likes of Kris Kristofferson and HAPA.  During that visit, it was clear that the community appreciated the service that KONG provided in delivering key communication during and after Hurricane Iniki.  “KONG Radio Group dominates the market and a lot of that can be attributed to the dedicated coverage provided by Ron Wiley and the KONG team during Iniki,” said Bergson.

“Listeners have a favorite radio station and a ‘relationship’ with the DJ’s.  While they may have a favorite TV show(s), people don’t have a favorite television station.  With radio, there is an intimate personal relationship and that’s what makes radio great. It all boils down to the people.  We are tied and connected to the communities we serve, its Local” said Bergson. 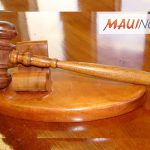 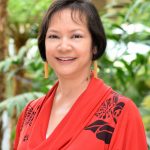