Lehua Kalima and Shawn Pimental to Perform at the MACC

Multiple Nā Hōkū Hanohano Award winners Lehua Kalima and Shawn Pimental will perform on Saturday, Oct. 13. The show will begin at 7:30 p.m in the McCoy Studio Theater at the Maui Arts and Cultural Center. Tickets are now on sale at the MACC Box Office.

Kalima and Pimental have been performing together as a duo since 2011. In addition to writing, producing, and arranging their own compositions, they each manage their own record labels.

Kalima received over 20 Nā Hōkū Hanohano awards as a member of the group Nā Leo Pilimehana, a group she has performed with for over 30 years. She has also won an unprecedented three individual Hōkū awards as a songwriter for Song of the Year. Her solo album Rising in Love won the Hōkū Award for Contemporary Album of the year in 2011. She continues to perform with Nā Leo Pilimehana today and owns her own record label Kalima Music LLC. In 2016, Kalima was selected as a National Native Arts and Cultures Foundation award recipient for her work in Hawaiian music.

Pimental is a five-time Hōkū award winner and a Grammy nominated music producer and artist. He has also toured the world as a musical director and band member for other artists including Janet Jackson, Colbie Caillat, Maxi Priest, Steel Pulse, America, and Jack Johnson. Pimental also owns the award winning record label KOOPS2 Entertainment and co-owns Studio Ala Moana.

Tickets are $30 plus applicable fees and are available at the MACC Box Office. The tickets can also be bought over the phone at 808-242-SHOW (7469) or online MauiArts.org. MACC members receive a 10 percent ticket discount and tickets for keiki 12 and under are half-price. The MACC Box Office is open from Tuesday through Saturday from 10 a.m. to 6 p.m. for window and phone sales. 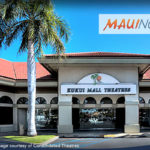 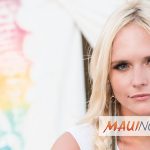