Two University of Hawaiʻi at Mānoa students have been selected to attend the national Hack The Language Flagship event hosted by the Flagship Technology Innovation Center (FTIC). The students, Mia Porter and Leon Qu, are scholars under the UH Mānoaʻs Chinese Language Flagship Program.

The Flagship Hackathon is a fast-paced event where participants seek advice from language technology experts throughout the country in order to propose technology-based solutions or “hacks” that could improve language learning.

Porter and Qu will travel to Washington D.C. this month to meet with other flagship scholars, representatives from the FTIC, and leadership from the National Security Education Program.

“The Hackathon mimics situations that would be encountered in workplaces and real life,” Flagship director Madeline Spring said. “The ability to assess problems and find solutions quickly is best developed in collaborative environments like the hackathon.” 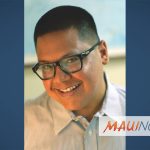 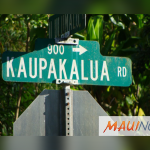 Roadwork may cause traffic delays in Haʻikū