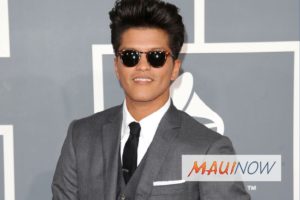 Live Nation Entertainment  announced on Oct. 16, 2018, that a limited number of additional Bruno Mars tickets will be released for his previously sold out trio of 24k Magic World Tour homecoming performances at Aloha Stadium in Honolulu.

Additional tickets for all three shows will go on sale beginning Oct. 19 at 10 a.m. at Ticketmaster.com.

Sales for each Hawaii date are zip code restricted to Hawaii residents for the first 48 hours in order to allow residents of Bruno’s hometown community to purchase tickets first.

Eleven-time Grammy nominee Charlie Wilson has also been announced as special guest for the Nov. 8 stadium show. The hitmaking singer, songwriter and producer extraordinaire was the former lead vocalist of the pioneering R&B/funk group Gap Band, before going solo in 2000. Wilson has achieved ten number one hits, a New York Times best-selling memoir and multiple sold-out, coast-to-coast arena tours. The Green & Common Kings will join Mars on the Nov. 10 and 11 dates, as previously announced.

The multiple-GRAMMY Award winner’s highly lauded international 24K Magic World Tour has traveled the globe since 2017 and will close with these Hawai‘i homecoming shows. The tour will have made over 135 stops across North America, Latin America, Europe and the U.K once wrapped. The massively successful outing sold out stadiums and arenas around the world and was credited with selling 1 million tickets in a single day. 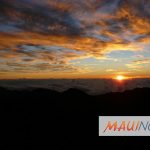 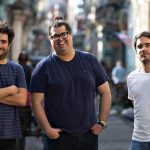