The incomes of the bottom fifth income earners in Hawaiʻi are the fifth lowest in the nation, according to a new study. The study, called Who Pays? A Distributional Analysis of the Tax Systems in All 50 States, analyzed tax systems in all 50 states.

The Institute on Taxation and Economic Policy released the study, which states that the lowest-income Hawaiʻi residents pay 68% more of their income in taxes compared to the state’s wealthiest residents. The study evaluates all major state and local taxes, including personal and corporate income taxes, property taxes, sales, and other excise taxes.

“Hawaiʻi has some of the highest housing costs in the nation, coupled with the lowest wages in the nation after factoring in cost of living. It does not make sense for us to pile on additional financial pressures with a high, inequitable tax burden on the residents who are struggling the most,” said Beth Giesting, director of the Hawaiʻi Budget and Policy Center. “Hawaiʻi is the kind of place where we all look out for each other. Reducing the high tax burden on low- and middle-earners and asking our wealthiest residents to do more is in keeping with our values.”

According to the HBPC, the main cause of the heavy tax burden on those making the least in Hawaiʻi is the General Excise Tax. Families in the lowest fifth spend 10.5% of their incomes on the GET, while the top 1% spend only 1.2% of their earnings. Those at the bottom spend over eight times more of their income on the GET than wealthier residents do.

As the Who Pays? study shows, broad-based graduated personal income taxes are the most equitable way to raise revenue, according to the HBPC. Given that low-income people are paying 68 percent more of their income in taxes than the richest in Hawaiʻi, HPBC said lawmakers should carefully weigh the distribution of their taxes, as measured by Who Pays?, when considering changes to the tax code.

There’s another reason Hawaiʻi, and all states, should be concerned about regressive tax structures. According to the ITEP, if the nation fails to address the growing income inequality, states will have difficulty raising the revenue they need over time. The more income that goes to the wealthy, and the lower a state’s overall tax rate on the wealthy, the slower a state’s revenue grows over time.

“Rising income inequality is unconscionable, and it is certainly a problem that local, state and federal lawmakers should address,” said Meg Wiehe, ITEPʻs deputy director and an author of the study. “Regressive state tax systems didn’t cause the growing income divide, but they certainly exacerbate the problem. State lawmakers have control over how their tax systems are structured. They can and should enact more equitable tax policies that raise adequate revenue in a fair, sustainable way.” 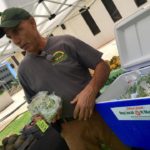 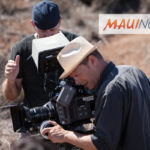