Gas prices stayed steady or increased in most areas around the islands for the second consecutive week. Thursday’s statewide average price was $3.91 a gallon, which is one cent higher than last Thursday, seven cents higher than a month ago, and 74 cents more than a year ago, according to GasPrices.AAA.com.

“The weekly Energy Information Administration petroleum status report for the week showed the West Coast region gasoline stocks remained flat at 27 million barrels.  Stocks are approximately 600,000 barrels lower than at this time last year, which could cause prices to spike if there is a supply challenge,” said Liane Sumida, AAA Hawaiʻi general manager.  “In Hawaiʻi, the state average increased one cent while individual areas saw increases of a few cents each during the past week.”

Drivers can find current gas prices along their route with the free AAA Mobile app for iPhone, iPad, and Android. The app can also be used to map a route, find AAA discounts, book a hotel, and access AAA Roadside Assistance. More information on the AAA Mobile app can be found online. 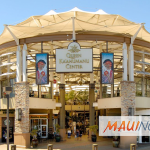 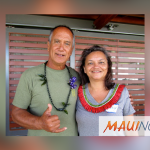