A quarter of an acre of brush was scorched in an afternoon fire above Hanakaʻōʻō Beach in Lahaina on Sunday, Nov. 11, 2018.

Fire crews responded to the report at around 1:37 p.m., and initially had a difficult time making access to the fire which was located in light brush on the hillside.

Firefighters from Lahaina and Nāpili eventually gained access and were able to quickly knock down flames and stop the fire’s progress, according to Maui Fire Services Chief Rylan Yatsushiro.

At approximately 3:10 p.m. the fire was declared officially extinguished.

The cause of the fire remains undetermined. There were no injuries to report and no structures were threatened. 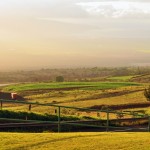 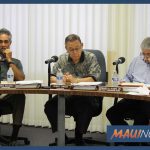