Wisdom, a Laysan albatross and world’s oldest known, banded wild bird has returned to Midway Atoll National Wildlife Refuge and Battle of Midway National Memorial. At least 68 years old, she was first sighted at her nest site on Nov. 29, 2018 and biologists have confirmed that she has laid an egg.

Each year millions of albatross return to Midway Atoll in Papahānaumokuākea Marine National Monument to nest and raise their young. Wisdom and her mate, like most albatross pairs, return nearly every year to the same nest site. This behavior is known as “nest site fidelity” and it makes places with large colonies of nesting birds, like Midway Atoll, critically important for the future survival of seabirds like Wisdom.

Albatross often take time off to rest between egg-laying years, but the Wisdom and her mate have met on Midway Atoll to lay and hatch an egg every year since 2006. Wisdom has laid between 30-35 eggs in her lifetime. In 2017, the chick that she fledged in 2001 was observed just a few feet away from her current nest, marking the first time a returning chick of hers has been documented.

“Midway Atoll’s habitat doesn’t just contain millions of birds, it contains countless generations and families of albatrosses” said Kelly Goodale, U.S. Fish and Wildlife Service Refuge Biologist. “If you can imagine when Wisdom returns home she is likely surrounded by what were once her chicks and potentially their chicks. What a family reunion!”

Raising the next generation of albatross is no easy job. Albatross parents like Wisdom and her mate Akeakamai take turns incubating the egg or caring for the chick while the other forages for food at sea. They will spend approximately seven months on Midway Atoll incubating and raising their chick. When not on parenting duty, Wisdom and Akeakamai take take turns foraging for food. Because this process takes up so much time and energy, most Laysan albatross don’t lay an egg every year.

Starting around age five, juvenile albatross begin the process of finding a mate. During nesting season, juvenile albatross can be found all over Midway Atoll practicing elaborate courtship dances that dozens of ritualized movements. They are looking for just that special bird to dip, bow, and preen with, and once a pair bond forms they stay bonded for life.

Throughout the Monument, scientific research and monitoring plays an essential role in managing wildlife, including seabirds. Surveys and banding projects conducted in the Monument and throughout the world help scientists better understand the life cycles and migration patterns of birds. Wisdom was first identified and banded by biologists as an adult in 1956, but the very first albatross was banded on Midway Atoll in 1936. To date over 250,000 albatross have been banded at the Refuge and Memorial. By pairing modern data analysis with detailed current and historical records, biologists can make more informed management decisions that ensure seabirds have the habitat and resources they need in the future.

Biologists with the U.S. Fish and Wildlife Service are working to restore the habitat seabirds need at Midway Atoll and remove threats like invasive predators – because protecting the future for seabirds mean protecting the places they call home.

“Laysan albatross and other seabirds depend on the habitat protected by Midway Atoll and other Pacific remote wildlife refuges to raise their young,” said Midway Atoll National Wildlife Refuge and Battle of Midway National Memorial Project Leader Bob Peyton. “Thanks to the hard work of our partners and volunteers, we have been able restore the native habitat that the birds need for nesting sites, ensuring a future for these seabirds.” 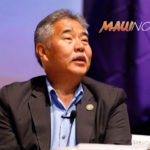 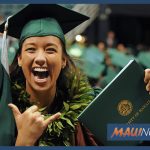