A Zipline company in Haʻikū and the County of Maui have reached an agreement to end a dispute over permits and subsequent notices of violation.

D&S Ventures was cited by the Planning Department for operating tours without necessary permits, which the company asserted was not necessary due to the property’s principal use of rehabilitating the Camp Maui historical site, which was a training facility for 20,000 US 4th Division Marines during World War II.  Marine bases of the World War II era, including Camp Maui Marine Base, had training/challenge courses that were known to include ziplines.

Under the agreement, the notice of violation and any associated fines have been resolved and appeals have been withdrawn.

The company will be tasked with adding historic preservation features (such as improvements to the property’s existing WWII museum) and any additional zipline components will require prior Planning Department approval.  The Department may also conduct future inspections and enforcement activities as deemed appropriate.

“We appreciate the time and expense that D&S has made to come into compliance,” said Planning Director Michele McLean.

“Marine bases of the World War II era, including Camp Maui Marine Base, had training/challenge courses that were known to include ziplines.  The current challenge course is part of the principal permitted use of preserving, restoring, and rehabilitating the Camp Maui historic site.  While there was vocal opposition to the operation as it was previously conducted, the path forward under the settlement is in compliance with the Maui County Code, and gives us full authority to conduct enforcement if there are any future violations,” said McLean.

“This unique site and this resolution represents a valuable opportunity to continue to preserve its unique history and the one-of-a-kind stories of Maui’s Marines in WWII for younger generations,” said D&S representative Derek Hoyte.  “We look forward to continued cooperation with the Maui County Planning Department to ensure that we operate Maui’s largest WWII historic site in full compliance with all applicable County Codes.” 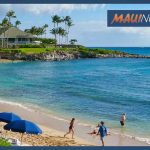 Swimmers in Distress Assisted to Shore at Kapalua 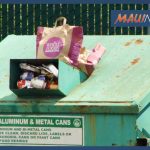