A Maui man was arrested and charged with breaking-into a truck during an incident on Monday afternoon in Kīhei.

Maui police responded to the incident at around 3:30 p.m. on Monday, Jan. 14, 2019, for reports of a disorderly conduct complaint on Ehiku Loop.

Maui Police Lt. Gregg Okamoto said that once on scene, police contacted a male individual on Kupuna Street who matched the description of an offender that had reportedly broken into a truck earlier at the ABC Store on South Kīhei Road.

Police say the male was found to be in possession of items that were taken from the truck. The male was identified as Miguel Washington, 28, of Kīhei, according to department reports.

He was charged with the offense of first degree unauthorized entry into a motor vehicle and was held in leiu of $5,000 bail. 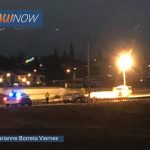 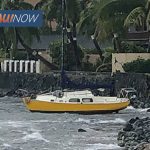