Reforms to end corporate tax loopholes in Hawai‘i could reduce lost tax revenue and bring in an additional $38 million to the state, according to a new report released on Friday by The Institute on Taxation and Economic Policy.

The report called “A Simple Fix for a $17 Billion Loophole,” takes a look at complicated strategies employed by corporations to shift US earnings to subsidiaries in offshore tax havens.

“When multinational businesses avoid paying their share of Hawai‘i taxes, it means we either have less money for public priorities like education or the environment, or other taxpayers end up footing the bill,” said Beth Giesting, Executive Director of Hawai‘i Budget & Policy Center. “Luckily, there are ways for Hawai‘i to even the playing field, and recover millions of dollars for our critical needs without raising rates.”

The report, which was co-authored by US PIRG, the Institute on Taxation and Economic Policy, SalesFactor.org and the American Sustainable Business Council, looks at approaches Hawai‘i can take to address this offshore tax dodging.

Representatives with the Hawai‘i Budget & Policy Center say states have the power to use a global picture of a company’s activities in order to determine how many tax dollars a state rightfully should receive. “A Simple Fix” details how much money each state would recover if it required companies to follow one or more standard procedures, including domestic combined reporting, tax haven list reform and worldwide combined reporting—otherwise known as complete reporting, according to the Hawai‘i Budget & Policy Center.

“Combined reporting (used already by 27 states and Washington, DC, including Hawai‘i) applies a
formula to the total domestic business of a company to determine how much income a company should
attribute to the state, instead of letting the company decide unilaterally how to allocate its profits (which
incentivizes shifting money to low-tax jurisdictions),”  the Hawai‘i Budget & Policy Center states.

Representatives with the organization say complete reporting expands the combined reporting to include the company’s entire global business in order to close loopholes that allow corporations to hide profits offshore.

“Right now, responsible businesses pay their fair share of taxes, while others are allowed to dodge and avoid their fair share. That hurts everyone,” said John O’Neill of the American Sustainable Business Council, which has a member network representing 250,000 businesses. “Too many companies have abandoned their moral obligation to pay the full amount they owe for the public services and infrastructure they use in our states. That means other taxpayers, including other businesses, have to pay more.”

Hawai‘i Budget & Policy Center representatives say “closing loopholes that allow offshore tax dodging would lead to significant revenue gains for most states, totaling $17 billion across the country… By modernizing state tax codes with these simple reforms, Hawai‘i would bring in $38 million each year, level the playing field for local businesses that compete with multinational corporations, and protect honest taxpayers from picking up the tab for tax dodgers.” 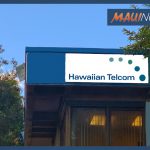 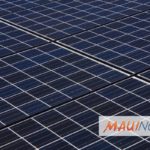