The championship title was awarded to ʻIolani School at the state competition, held on Jan. 26, 2019 at Honolulu Community College. The ʻIolani team moves on to represent Hawai‘i at the National Science Bowl competition from April 25 to 29, 2019 in Washington, DC.

More than 100 students competed for the all-expense paid trip to the national competition. As America’s largest and most prestigious science competition for high school students, the National Science Bowl hosts more than 14,000 students nationwide each year.

The teams faced off in a fast-paced question and answer format similar to the TV game show Jeopardy, being tested on a range of science disciplines including biology, chemistry, earth science, physics, energy and math.

“Congratulations to all of our competitors who demonstrated effective teamwork, steadfast dedication and practical problem solving,” said Steve Golden, President of the Hawai‘i Science Bowl executive committee. “Mahalo also to the coaches, volunteers, and sponsors who support this educational event, now in its 26th year, as it helps to foster our Hawai‘i youth to excel and further their interest in science, technology, engineering and mathematics.” 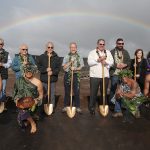 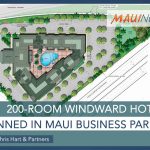