Public officials and government agencies use social media to communicate, interact, be accessible and to get comments and engage in discussion with their constituents, voters and supporters.

When a comment on a social media page is critical, officials may be tempted to delete or suppress it.

But according to the ACLU of Hawai‘i, the First Amendment holds government officials to a higher standard. They must let all voices be heard, the ACLU said. Courts have been clear that social media used for official communications by public officials and government agencies, when open to public comments, are “limited public forums.” This means stronger free speech protections for page followers and visitors apply.

Because viewpoint-based censorship of official government social media violates the First Amendment, the ACLU of Hawai‘i has sent a letter reminding elected officials and all government agencies of their responsibilities under the law. The letter urges them to set policies and adopt best practices for social media. This is to avoid inadvertently or purposefully censoring constituents by blocking them or deleting their comments based on their viewpoints. The letter also requests the recipients to restore the posting privileges of all those who may have been unlawfully blocked in the past.

“As our legislature continues its 2019 work, this is a timely reminder that government officials may not block or ban people with whom they disagree,” said Executive Director Joshua Wisch. “The public should know that the First Amendment protects our right to be heard by government whether it is face to face or online. If, however, a lawmaker has a personal social media page NOT used for official communications, they may—like anyone else—block or delete comments.”

A copy of the letter and more information on what to do if you have been blocked or censored by a government official can be found on the ACLU of Hawai‘i’s website. 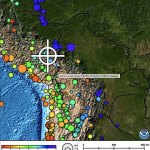 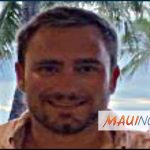