A 56-year-old female was pulled from the water by unknown witnesses. Fire officials say the female was having difficulty breathing while snorkeling.

Firefighters from the Napili Fire Station arrived to find the woman breathing on shore and oriented.

As a precaution, the patient was transported to the hospital by ambulance. 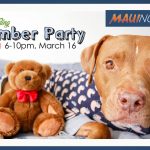