Sen. Brian Schatz and Rep. Paul Tonko introduced a new legislation called the Scientific Integrity Act, which aims to prevent political and special interests from influencing public scientific research and reports. According to Schatz’s communications director, this issue is a longstanding concern that has taken on a newfound urgency under President Trump.

Schatz said the bill would make data and findings off-limits for political appointees and managers and make sure governmental scientists follow careful processes for review.

“These are challenging and unprecedented times for science. And while it’s not the first time it has been under attack, this time feels worse,” Schatz said. “That’s why we need to answer the call of our times and stand up for science.”

According to Tonko, President Trump’s multi-agency assault on environmental standards has hinged on efforts to distort, bury, and rewrite credible public scientific findings. This assault, Tonko said, includes Trump’s absurd denial of the growing climate crisis as well as his efforts to cover up evidence that the American people are being exposed to dangerous toxins.

“Independent, rigorous scientific research is one of the most powerful tools we have for advancing the public interest and keeping the American people safe,” Tonko said. “Protecting the integrity of that science is one of the most important ways we can hold this President and his administration accountable. Distorting or suppressing public science undermines our ability to protect the health and safety of the American people.”

The Scientific Integrity Act would:

President Trump has built a track record of distorting or suppressing science.

According to Schatz’s communications director, the Trump administration has buried reports on public health risks from perfluoroalkyl substances, falsified scientific claims to justify restrictions on birth control access, prohibited the Centers for Disease Control staff from using the words “evidence-based” and “science-based” in budget documents, and scrapped an EPA-recommended ban on chlorpyrifos, a pesticide proven to impair brain development in young children.

“Our economy, our health and safety, and our environment all depend on independent federal scientific research and fully informed, science-based policies,” Center for Science and Democracy director Dr. Andrew Rosenberg said. “The Scientific Integrity Act would protect scientists…and make sure that they can carry out their research and share it without fear of retaliation.” 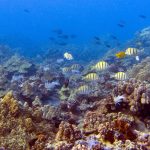 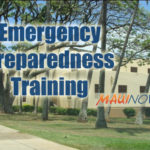