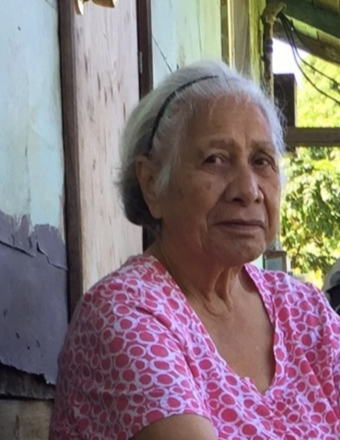 Gonio is predeceased by his parents Timoteo and Estaquia Guillermo. Memorial Service will be held on March 30, 2019 at Ballard Family Mortuary. Visitation will begin at 9 to 10 a.m. Service will be 10 a.m. with lunch to follow. Family request no flowers, along with casual attire. Private Burial will be held at a later date. 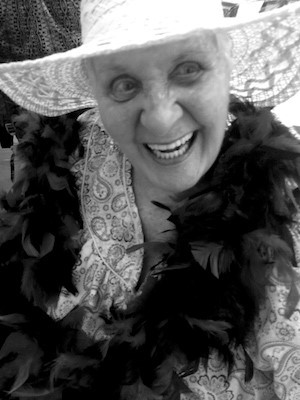 Gloria DiStefano died on March 12, 2019, in Kahului, Maui, thirteen days shy of turning 96. She was born on March 23, 1923, in Massachusetts, and moved to New York City as a young woman, working as a waitress and raising her two daughters, Lynda and Susan Crawford. In 1989, she moved to Maui, where she lived and worked for the last 30 years. She was a self-taught upholsterer and gave many a shabby old chair a gorgeous new life. She loved to eat, dance, sew, and “talk story” with friends. In 2007, at the age of 84, Gloria suffered a massive stroke that left her paralyzed on her right side, unable to eat solid food, unable to talk. She worked hard to recover, and with therapy and encouragement, she was soon eating anything and talking again, but she remained paralyzed. After a while, she mastered using her left hand and foot and was able to maneuver her wheelchair herself with ease around Hale Makua and began a completely new path: coloring and painting.

Everyone who knew Gloria these last eleven years associated her with her art—a talent she only discovered after the stroke. Two of her paintings won prizes (First Place and Second Place) at the Maui County Fair, two years in a row. She is survived by her daughters Susan and Lynda, her sons-in-law Kevin Kamalu and Jon Pierson, her granddaughter Nora Pierson, and so many nieces and nephews, all of whom she dearly loved. She is predeceased by her husbands and by her three sisters June, Ethel, and Barbara. Her daughters thank the staff at Hale Makua for all they did to enable their mother to have a truly happy life after her stroke, and Hospice Maui who came in these last few weeks and were so kind and helpful, and her many friends of Bill who were always there to carry her through. In lieu of flowers, the family suggests donating to Hale Makua’s art program. There will be a graveside service at Valley Isle Memorial Park at 12:30 p.m. on Monday, March 18, 2019. 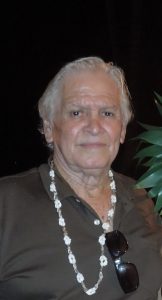 Leonard Stanley Hernandez, 75, of Kīhei passed away on March 11, 2019 peacefully with his family by his side. He was born on Sept. 16, 1943 to the late John and Lucy Hernandez. Leonard is predeceased by his loving wife, Edith “Pua” Hernandez.

Visitation will be held at 8:30 a.m. on Friday March 29, 2019at Ballard Family Mortuary in Kahului and Services will begin 9 a.m.

The burial will follow at 11 a.m. at Maui Veteran Cemetery in Makawao. 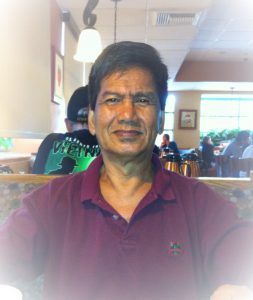 Perlito Quijote Villon was born on July 5, 1953 in Lapting, San Juan, Ilocos Sur, Philippines to the late Francisco Frando Villon and Prudencia Quijote. He was a landscaper in his time here, although he is gone now, he will continue to live in the hearts of all those who loved him. The Villon family would like to express a heartfelt gratitude to the staff of Maui Memorial Medical Center who provided care for Perlito. 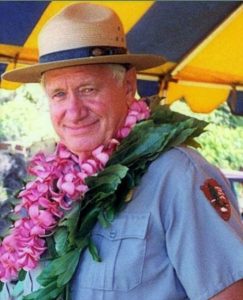 Don graduated from Albany Union High School, Class of 1956. He received his degree in Forestry from Oregon State University, home of his beloved Beavers. After college, he served in the National Guard.

Don spent his 44-year career with the National Park Service, stationed at Glacier, Grand Canyon, Muir Woods, Hawaiʻi Volcanoes, Redwood and Haleakalā National Parks. He served as Superintendent of Haleakalā National Park for 17 years before retiring in 2005. His list of accomplishments included his innovative use of fencing, which completely rid Hawaiʻi Volcanoes and Haleakalā Crater of feral goats and pigs, allowing the silversword and other native species to thrive. Under his leadership, the park obtained Kaʻapahu watershed, home to virgin koa forests and native bird populations. He partnered with helicopter companies to forge a plan to alter flying routes to preserve the serene environment of the crater; similar plans have since been adopted by national parks throughout the nation. He left a legacy of community involvement and volunteerism to preserve Hawaiʻi’s natural and cultural resources by leading the charge to keep invasive species out of Hawaiʻi. Don made such an impact on Maui that he was named one of Maui County’s “Top 100 Citizens” of the past century.

When Don wasn’t working, he was busy with numerous interests, including wood-working, photography, filmmaking, beekeeping, wine and beer crafting, coffee production, pie baking, all while tending to his two-acre farm, “Piʻiholo Hale.” His photography during his tenure at Hawaiʻi Volcanoes is featured in many posters and books still in publication today. He was a true Renaissance Man, from building his wife’s dream home from the ground up on the Big Island, to “living off the land” on Maui, as Don would say.

He was a kind and gentle man who loved his family. His easy-going nature and unforgettable sense of humor drew people to him from all walks of life. He was truly the greatest example of how one should live their life.

Don joins his parents and wife of over 45 years, Henrietta “Bunnie” Reeser, who predeceased him.

He is survived by his sister Beverley Griffiths of London, England, his daughter Cheryl Kuʻulei Reeser of Makawao, and son Bryan Reeser (Sue) of McKinleyville, California. He also leaves behind grandchildren, Brook, Joel and Jake Reeser, as well as brother-in-law Arthur Weber, nephew Shawn, and niece Kimberlee, of Kailua-Kona, Hawaiʻi. In addition, he is survived by his loving companion for the past ten years, Diane Price of Albany, Oregon.

The family would like to acknowledge Hospice Maui for their compassionate care of Don.

A Celebration of Don’s Life will be announced at a later date. In lieu of flowers, the family requests monetary donations be made in his honor to the following organizations that he deeply supported: Friends of Haleakalā National Park (https://fhnp.org/FoH/FoH_membership.php) or Ka ‘Ohana O Kalaupapa (http://www.kalaupapaohana.org/support.html). Condolences may be sent to Borthwick Norman’s Mortuary, 105 Waiʻale Rd., Wailuku, HI 96793. 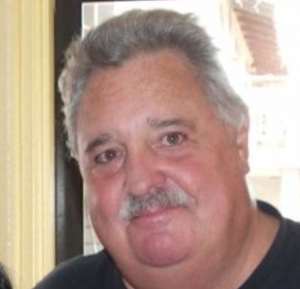 Thomas worked as a bartender for Kaanapali Beach Hotel. 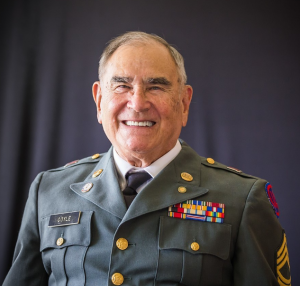 Elmer William Coyle Jr., 92 of Pukalani, Maui, had peacefully passed under the care of Hospice Maui on Thursday, March 7, 2019. He was born in Honolulu, HI on Feb. 10, 1927 to the late William Elmer Coyle & Nancy Tolbert. Elmer retired from the Hawaiian Telephone Company after 34 years and proudly served in the U.S. Army, Army Reserves and the Hawaii Army National Guard until age 60.

The family would like to express a heartfelt gratitude to the staff at Hospice Maui for their compassionate care of Elmer during his time there.

Henry, Hank to his friends, was born on Sept. 20, 1942 in Wailuku. He joined the United States Air Force in 1965, and served meritoriously for 20 years. Hank was an expert in military intelligence, and upon retiring from Air Force, spent 10 years serving as the US Army’s chief civilian intelligence officer in the Pacific Rim. He continued to serve in various roles for Army until he retired in 2014 and returned to Maui to live in his family home. He is survived by his wife, Betsy Alau; children, Michael (Maria) Alau, Peter Alau, Maile Alau, Katherine (Mailo Salcur) Alau-Salcur, Jocelyn (George) Alau, Kaleo Alau, and Kalama Alau; grandchildren, Kaili (Aloha) Alau, Niho Bennett, Naomi Alau, Jackson Alau, Hoku Johnson, and Makani Johnson.

Kelbert K.S. Kealoha, 71, of Wailuku, Maui, passed away on March 2, 2019 at his home. He was born on July 11, 1947, in Paia, Maui. Kelbert “Ke” retired as Plant Superintendent at BEI on his birthday, July 11, 2018 after 48 years. He loved his work, the people he worked with, and those he came in contact with. His passion was diving for that ever elusive eight legged tako at Waihee Beach Park. 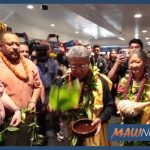 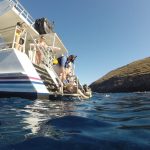 360,000 Visitors to Molokini is Concerning