A search of a home in Pukalani on Wednesday, March 20, 2019, resulted in the recovery of narcotics and the subsequent arrest of two individuals.

Police say a search of a vehicle at the premises resulted in the recovery of two pairs of brass knuckles as well.

Additionally, Harrell had an outstanding bench warrant for $500.00. 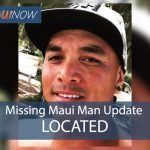 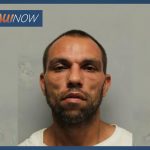