The Drug Enforcement Administration in Honolulu is urging its DEA-registered practitioners to be cautious of a new practitioner scam.

The agency warns of telephone calls from criminals posing as DEA agents or other law enforcement personnel demanding the practitioner provide their DEA-registrant number and other practitioner related sensitive information over the telephone.

Most recently, the DEA in Honolulu was made aware of several phone calls made to physicians employed with Kaiser Permanente. During these phone calls, the person identified themselves as a DEA agent and attempted to obtain the name, address, and DEA-registrant number of the physician. The DEA in Honolulu believes this was an attempt by a sophisticated criminal enterprise to fraudulently forge a prescription for the purpose of unlawfully obtaining opioids and/or other controlled substances.

The reported scam tactics are continually changing, but often share many of the following characteristics:

The DEA notes that personnel will never contact practitioners or members of the public by telephone to demand a DEA-registrant number. “DEA will not request any personal or sensitive information over the phone. Notification of a legitimate investigation or legal action is made via official letter or in person,” agency officials said.

Impersonating a federal agent is considered a violation of federal law and should be immediately reported to the DEA.

Anyone receiving a telephone call from a person purporting to be a DEA special agent or other law enforcement official seeking money should refuse the demand and report the threat using the online form or by calling 877-792-2873. Reporting scam calls will greatly assist DEA in investigating and stopping this criminal activity. Any urgent concerns or questions, including inquiring about legitimate investigations, should be directed to the DEA Honolulu Office at 808-541-1929. Questions or concerns about this scam in Hawaiʻi are encouraged to contact Honolulu Assistant Special Agent in Charge John W. Callery at (808) 541-3054. 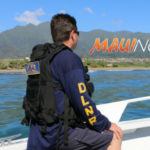 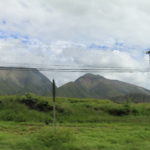