The students were among 62 recipients, one from each qualifying public and independent school in the state, who received scholarships based on academic achievement, community service and financial need.

In total, the Foundation awarded $176,000 to students throughout the state in its Legacy Scholarship Program this year. “Mr. and Mrs. Takitani founded Hawaiian Host, and knew hard work, innovation and commitment to excellence were key factors in their success,” said KSSK Radio personality Michael W. Perry, the Takitani Foundation Chairman of the Board. “The Takitanis wanted to recognize those same qualities in Hawaiʻi’s outstanding students with support to further their education.”

Stacia Eng, the daughter of Kelsie Matsuo, earned a noteworthy record in academics and was recognized on the school’s Honor Roll throughout high school. She served as the school’s National Honor Society President and maintained a keen interest in student government there. A member of the Hawaiiana Club, Eng also was an avid paddler on the Lahainaluna Paddling team and served as a tutor with the Lahainaluna Tutoring Project. A frequent participant in numerous community activities, Eng will attend Washington State University in the Fall.

The Takitani recipients of $2,000 scholarships from the Hawaiʻi Association of Independent Schools are Kalena Pfaeltzer of Seabury Hall and Kiana Liu of Kamehameha Schools Maui. Makenna Cockett of St. Anthony School is named the Hawaiʻi Catholic Schools $2,000 recipient.

Mamoru and Aiko Takitani founded Hawaiian Host, Inc., manufacturer of Hawaiian Host chocolates, and established the Mamoru and Aiko Takitani Foundation, Inc. to give back to the community by providing the gift of education to the young people of Hawaiʻi. Hawaiian Host donates part of the proceeds from the sales of Hawaiian Host products to the Foundation in support of its scholarship programs. Since 1993, the Foundation has annually presented scholarships to an outstanding student from every qualifying high school in the state and has awarded over $4 million to scholarship and academic enrichment programs throughout Hawaiʻi. 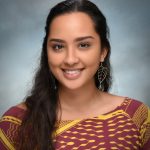 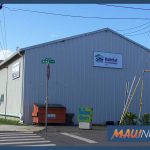 ReStore at Habitat for Humanity Maui is Open