Engineers are recommending that a new boat ramp be constructed for the Puna area on Hawaiʻi Island. The Pohoiki Small Boat Ramp on the lower Puna coast was closed shortly after Kīlauea began erupting last May.  It eventually became land-locked by what is now a 200-foot-wide black sand and cobblestone beach.

A new 32-page engineering study conducted by Sea Engineering Inc. and commissioned by the state, finds that while it’s technically possible, it would be very expensive to remove sand and create a channel to the existing Pohoiki site.

According to the report, “The recent volcanic activity and lava flow has resulted in the formation of hundreds of thousands of cubic yards of black sand and cobbles at the lava-ocean interface, which has been carried southward by coastal currents and now completely fills Pohoiki Bay, rendering the existing Pohoiki boat ramp land-locked and useless.”

The engineering study found that no matter where the state builds a ramp along the lower Puna Coast it will be challenging.  Ed Underwood, DOBOR Administrator, said the engineering study also revealed, “Constructing a new ramp at an alternate site would be a more straightforward project, however the rocky sea cliff Puna coastline provides few ideal locations. Seismic and volcanic activity is also a concern virtually anywhere along this coast.”

The cost of restoring the Pohoiki ramp is estimated at approximately $37.9 million.  The alternative, is a new facility at Mālama Flats, located just south of McKenzie State Recreation Area.  State officials say a generic ramp design at the alternative site would cost much less–in $14.5 million range.

Engineers studied an area extending approximately 10 miles south from Pohoiki Bay to Kalapana, where the coast road turns inland. The report found, “The shoreline is almost entirely rocky sea cliffs, with deep water close to shore and relatively high (+20 to +30 feet) nearshore ground elevations. There are no shallow water embayments or significant headlands to provide natural wave protection. The coast is directly exposed to the persistent prevailing trade wind generated seas. Tropical storms and hurricanes passing south of the island generate large waves that can batter the coast.”

In order to re-open the Pohoiki Boat Ramp a channel would have to be excavated through the new beach and maintained open by shore-perpendicular jetties. Given the continuing production of volcanic sand, and the dynamic and variable waves and currents along the coast, a jetty on both sides of the channel is considered necessary to insure the continued navigability of a channel through the beach.

A new facility at Mālama Flats would include the following:

DOBOR will need to work with the Federal Emergency Management Agency to secure appropriate funding to build a new ramp and associated facilities and when and if that happens will have to obtain appropriate permits and hold public hearings or informational meetings with local boaters and the community. 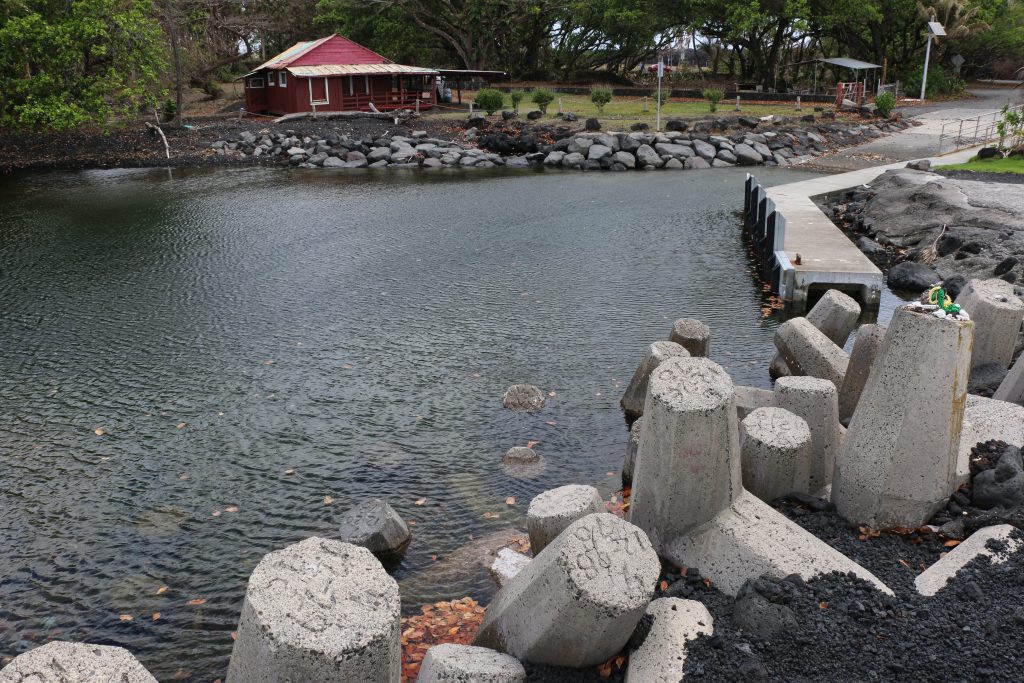 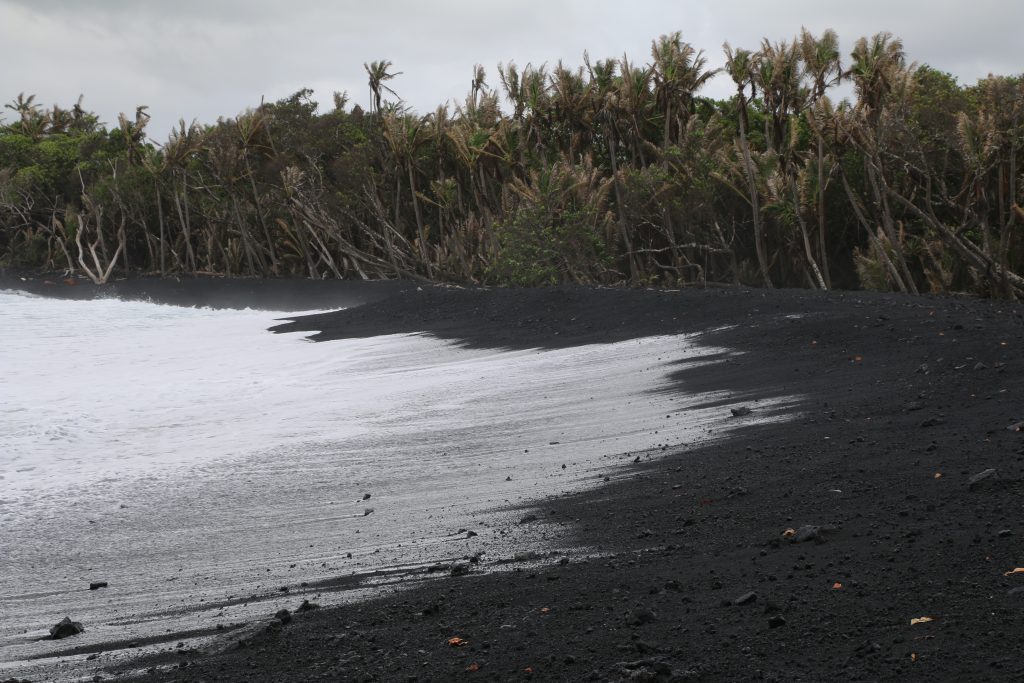 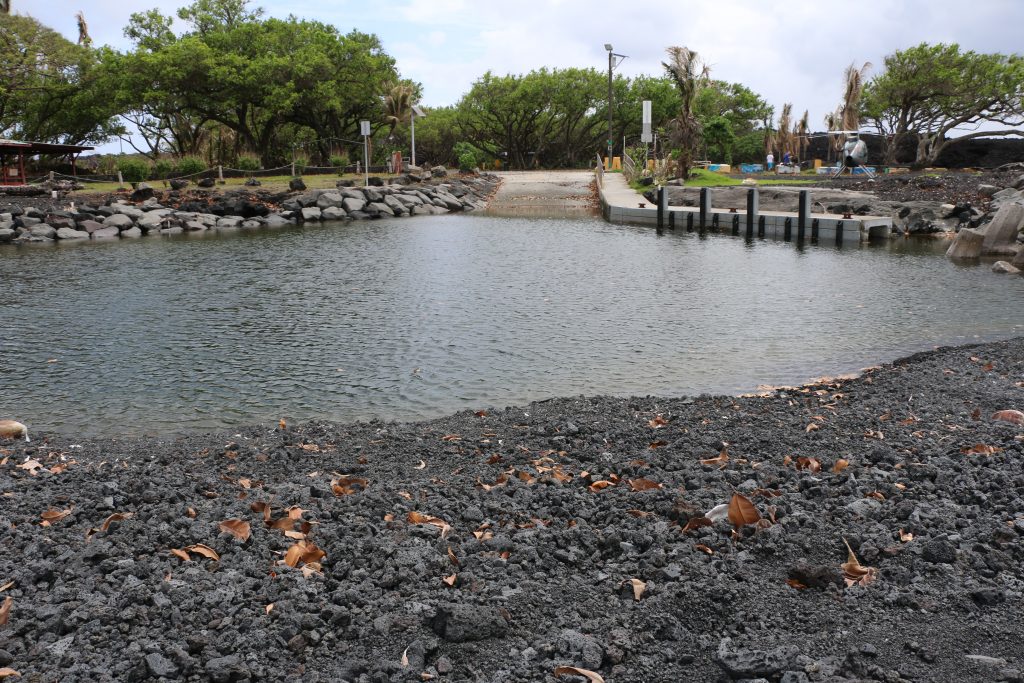 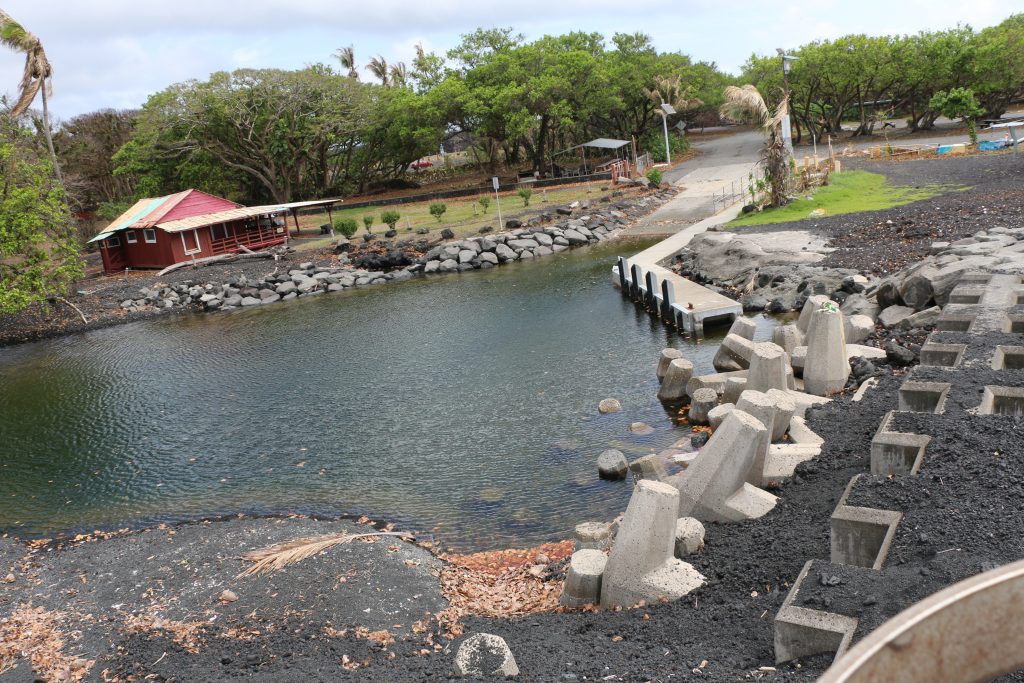 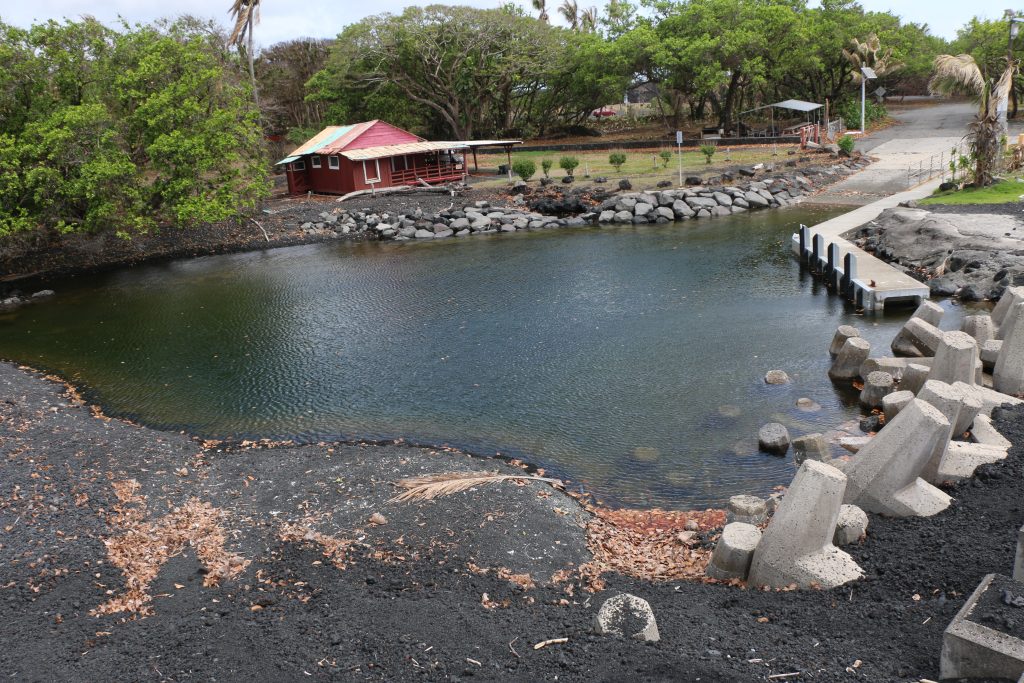 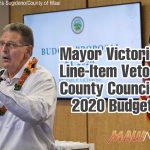 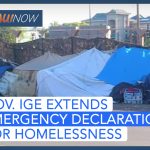