A hui of Native Hawaiians left Kewalo Harbor today, embarking on a 10-day cultural research voyage into Papahānaumokuākea that is supported in part by OHA.

Thirteen members of the Edith Kanakaʻole Foundation (EKF) departed aboard the Searcher, a 96-foot research and education vessel. Among the expedition is esteemed Native Hawaiian researchers Dr. Pua Kanakaʻole Kanahele and Kalei Nuʻuhiwa. Together the two have spent more than a decade studying the traditions and cultural sites of the Papahānaumokuākea Marine National Monument, and specifically Mokumanamana and Nīhoa, the two most easterly Northwestern Hawaiian Islands.

EKF will meet up in Papahānaumokuākea with members of Nā Kalai Waʻa, who departed from Honolulu aboard the traditional voyaging canoe Makaliʻi on Thursday. Together the two groups will conduct cultural training, research and protocol in the monument.

“OHA is proud to kōkua the efforts of Nā Kalai Waʻa and Edith Kanakaʻole Foundation in creating the next generation of Hawaiian wayfinders and furthering our cultural understanding and connections to Papahānaumokuākea,” said Kamanaʻopono Crabbe, OHA CEO/Ka Pouhana. “We wish the voyagers favorable weather, calm waters and the best of luck. The ʻike they will return with will have a profound impact on the cultural foundation of our Lāhui moving forward.”

This will be EFK’s sixth visit to the monument to investigate the unique cultural sites on Mokumanamana, a remote and rugged 46-acre island. The group’s research has gained insight into traditional concepts of time, space, the geological creation of the islands and the way our kūpuna connected all the islands in Hawaiʻi together. The Nā Kalai Waʻa voyagers will lend their wayfinding expertise to assist EKF with better understanding the alignments of 33 cultural sites on Mokumanamana to stars and other celestial phenomenon during and around the Summer Solstice on June 21.

Nā Kalai Waʻa is undertaking a 30-day journey from Hawaiʻi Island to Papahānaumokuākea. The voyage, called Hanaunaola, is the capstone of a three-year grant from the Administration for Native Americans. The grant helped Nā Kalai Waʻa grow and preserve their own food, with the goal of provisioning all 14 voyagers for full length of the voyage. The sail will also be the first time in 200 years that the route from the heiau Koʻa Holomoana in Mahukona in Kohala on Hawaiʻi Island to Mokumanamana is used to train new wayfinders and voyagers. This voyaging route was a traditional test for apprentice navigators.

“As a co-trustee of the Papahānaumokuākea Marine National Monument with the specific kuleana of advocating for Native Hawaiian interests in the co-management of the area, OHA is honored to have a part in helping our beneficiaries with fiscal support as well as in working through the permitting and other requirements to enter the monument,” said Keola Lindsey, OHA Chief Advocate. “Our goal is to assure that our people have the ability to access the area to conduct activities that perpetuate our cultural and traditional connections to these Kūpuna Islands.”

Established by presidential proclamation in 2006, Papahānaumokuākea Marine National Monument is the largest contiguous fully protected conservation area in the United States, and one of the largest marine conservation areas in the world. The monument is cooperatively managed to ensure ecological integrity and achieve strong, long-term protection and perpetuation of Northwestern Hawaiian Island ecosystems, Native Hawaiian culture, and heritage resources for current and future generations. Four co-trustees – the Department of Commerce, Department of the Interior, State of Hawai‘i and the Office of Hawaiian Affairs – protect this special place. Papahānaumokuākea Marine National Monument was inscribed as the first mixed (natural and cultural) UNESCO World Heritage Site in the United States in July 2010. For more information, please visit www.papahanaumokuakea.gov. 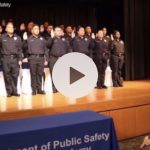 21 Graduate as Correctional Officers, One Assigned to Maui Jail 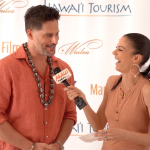