US Senator Mazie Hirono of Hawaiʻi joined colleague, Sen. Cory Booker of New Jersey, and 11 other US Senators in introducing a bill that if passed, would establish a commission to consider proposals for reparations for African-American descendants of slavery.

According to Sen. Hirono, S. 1083 is the only reparations bill ever introduced in the US Senate to consider proposals for reparations for African-American descendants of slavery.  (Senator Spark Matsunaga previously introduced legislation to provide redress for Japanese-Americans incarcerated during World War II).

“The enslavement of Africans in America has had significant and long-lasting economic and social impacts on their descendants, who continue to face racial discrimination,” said Sen. Hirono.  “It is time for a commission to study and suggest reparations proposals as part of a larger effort to ameliorate the systemic racism in American society. I hope we will see a report and recommendation from this commission before long.”

Sen. Booker said, “We cannot address the institutional racism and white supremacy that has economically oppressed African-Americans for generations without first fully documenting the extent of the harms of slavery and its painful legacy. It’s important that we right the wrongs of our nation’s most discriminatory policies, which halted the upward mobility of African-American communities.  I’m encouraged to see this legislation to study the issue gain support in Congress and the shared commitment my colleagues have in doing our part to repair the harm done to African-Americans.”

Specifically, S. 1083 would create a commission that would do the following:

Approximately 4 million Africans and their descendants were enslaved over the two and a half centuries during which slavery thrived in the United States. According to Sen. Hirono’s office, “Even after the abolition of slavery, the institution and its legacy were transformed into policies and practices that systemically exploited African Americans.”

African-American families have an average of less than 1/6 of the wealth of white families, and the unemployment rate for African Americans is more than twice the current white unemployment rate, according to information released by Sen. Hirono’s office.  According to US Census data, on average, black women were paid 61% of what non-Hispanic white men were paid in 2017. 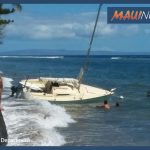