US Senator Brian Schatz of Hawai‘i, has invited Dr. Rod Schoonover, a senior intelligence analyst at the State Department, to testify before the Senate Special Committee on the Climate Crisis.

Sen. Schatz, who chairs the Special Committee on the Climate Crisis, said the invitation follows reports that revealed that Dr. Schoonover’s written testimony to the House Intelligence Committee was reportedly “suppressed” by the White House.  The findings were detailed in June 8th articles published by both the Washington Post and The New York Times.

Both publications explained that the science reflected in the document appeared to conflict with the administration’s stance/view.

“While your oral testimony provided compelling information regarding the impacts we are all facing, we are concerned by reports that your complete written testimony was suppressed by the White House, preventing your views from being fully expressed,” Chairman Schatz wrote in his letter to Dr. Schoonover. “The Senate Special Committee on the Climate Crisis is willing to provide you the opportunity to thoroughly discuss, either publicly or privately, the numerous ways climate change is currently affecting US national security interests around the world and how to plan for future impacts.” 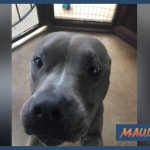 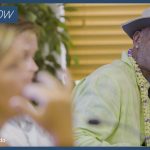