Puʻunēnē Fire Is Separate from Large Maui Wildfire From Thursday

“We’re working on securing the perimeter,” said Fire Services Chief Rylan Yatsushiro.  Two abandoned structures in the brush were destroyed, he said. There were no other reports of structural damage or injuries.

County officials say the fire is separate from the large wildfire that started on Thursday near Waikō Road, and was not sparked by embers from that fire.

Maui police say they plan to implement intermittent closures of the Maui Veterans Highway as needed. Police initially closed off all access roads into the area including shutting down access to Hoʻokele and Hansen. At 4:47 p.m., the Hawaiʻi Department of Transportation reported that the Maui Veteran’s Highway was re-opened in both directions; however, Maui Police advise that flare ups can occur at any time and intermittent closures of the roadway is expected into the evening and overnight as needed.

Three helicopters were on scene scooping up water and air dropping it on to the Puʻunēnē fire. Multiple MPD engine companies and tankers were deployed to the fire, along with three state crash rescue units from Kahului Airport. Private contractors and County of Maui departments assisted with heavy equipment and tankers.

As of 2:40 p.m., Puʻunēnē School and Puʻunēnē Post Office had been evacuated. The Target store at the Puʻunēnē Shopping Center was also being evacuated at around 3 p.m. Feed My Sheep and Maui Economic Opportunity are also evacuating their assets from the area. Paratransit and Human Service Transportation services may be interrupted.

As of 2 p.m., two engine companies, two tankers, Air One and a private dozer were on scene fighting the new fire. Lowe’s also conducted voluntarily evacuations of their store earlier this afternoon. 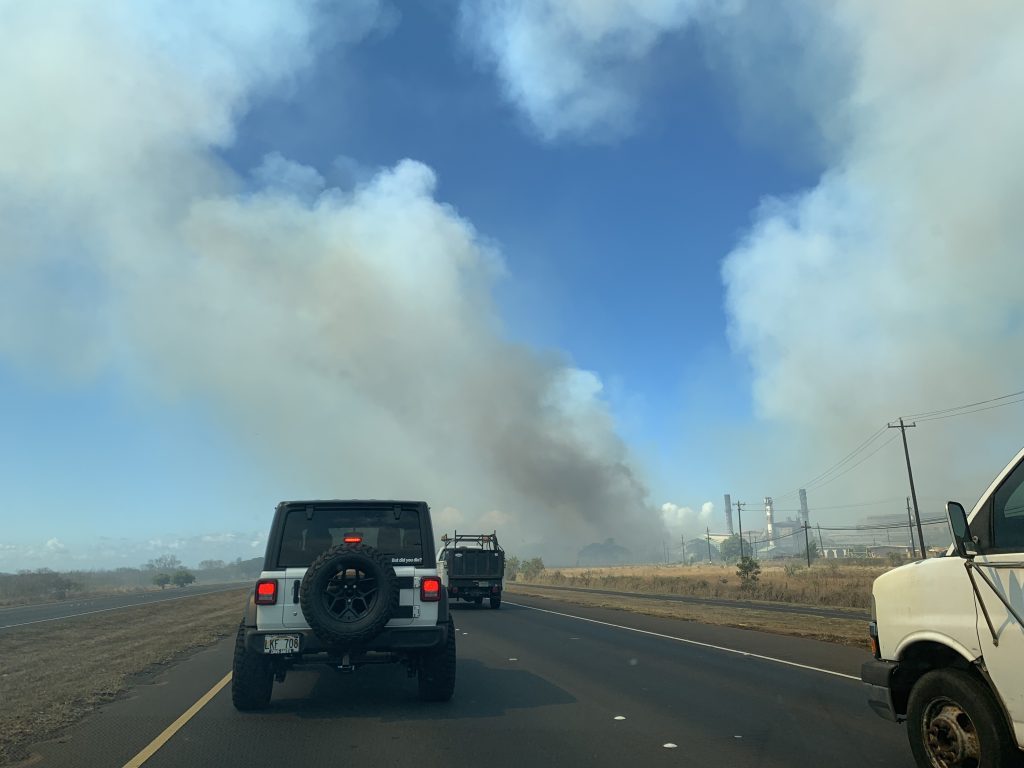 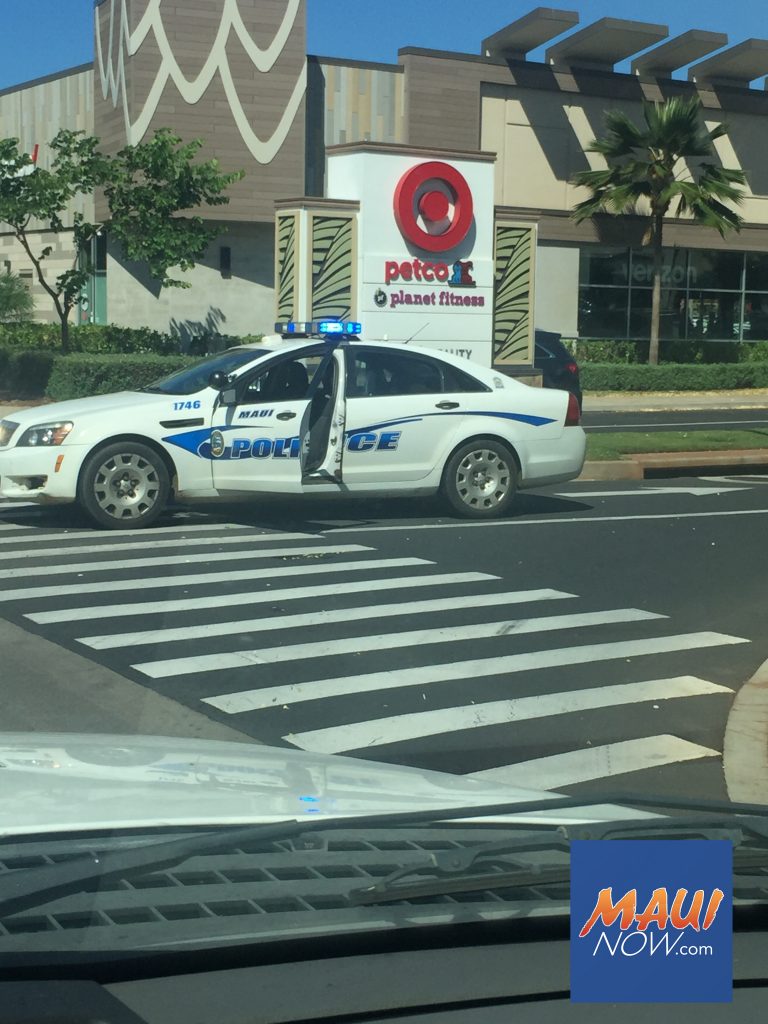 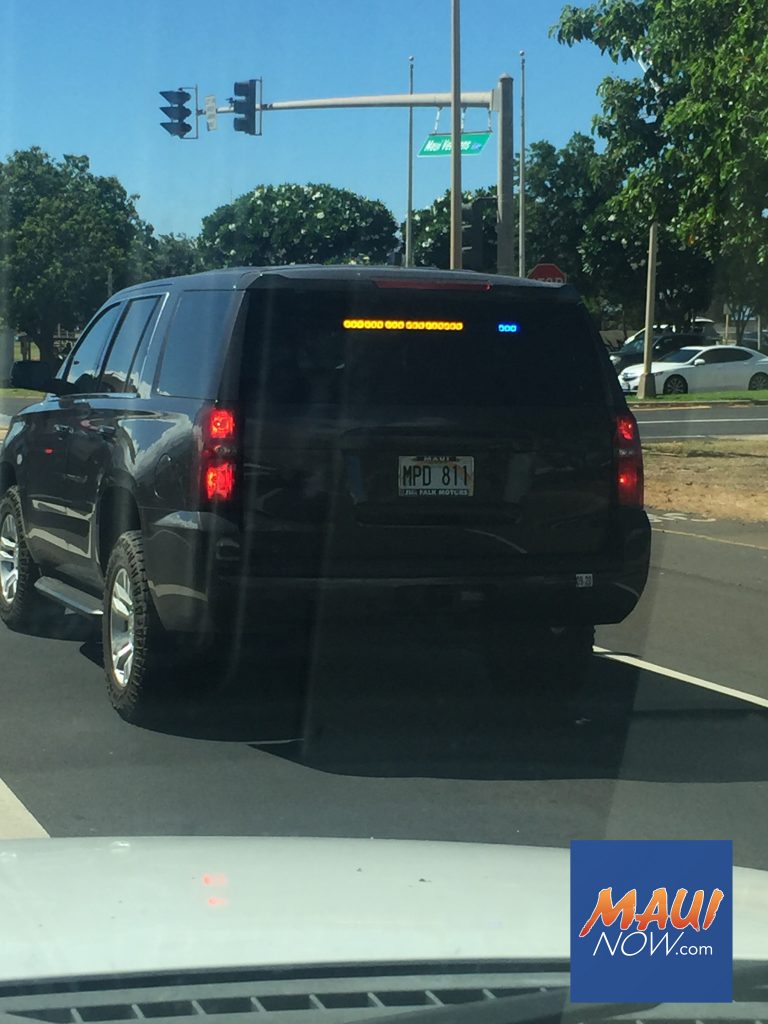 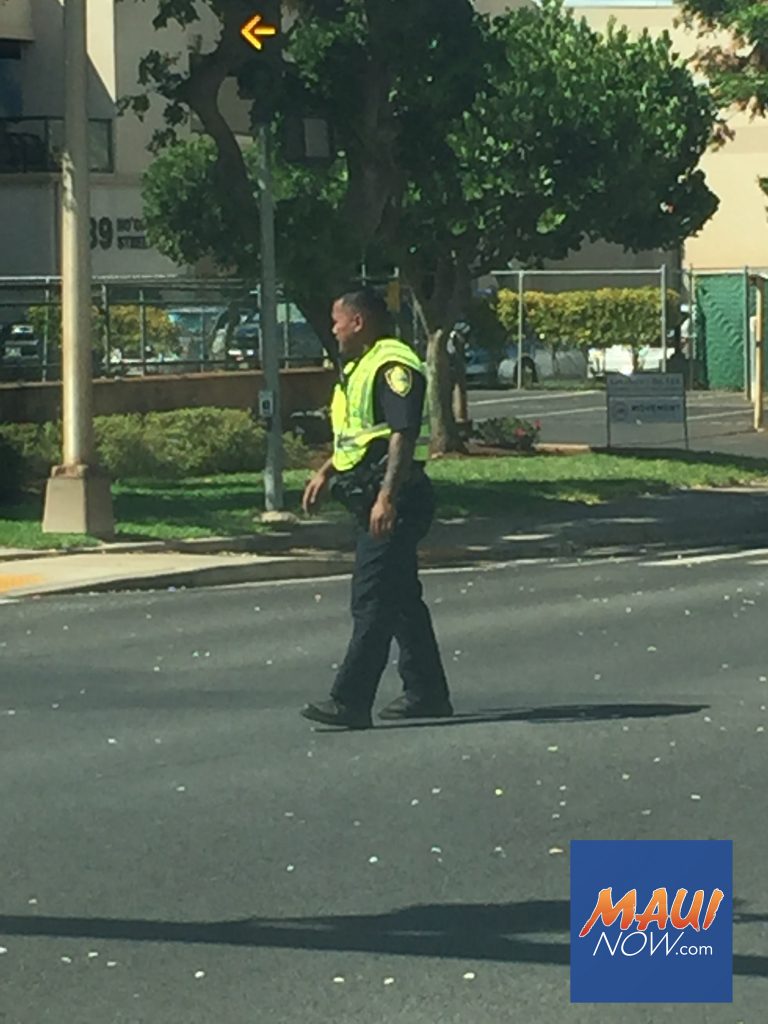