A 37-year-old man suffered serious injuries to his hands from a fireworks incident on Thursday.

Paramedics were called out to the Kīhei Fire Station on Waimahaihai Street in Kīhei at 8:38 a.m. in response to a fireworks injury. Police said the initial incident took place at the man’s residence on Welakahao Road and that afterwards the victim went to the fire station and said he had injured his hand while lighting illegal fireworks.

Fire dispatch reported that the type of firework was aerial mortar. The male was transported by ambulance to the Maui Memorial Medical Center in serious condition, with injuries to both of his hands.

Using fireworks of any type are prohibited under state law outside of designated holidays, such as New Year’s Eve, Chinese New Year and Independence Day. Aerial fireworks are of any type are illegal unless used by a licensed pyrotechnic operator according to Hawaiʻi Revised Statute 132D-16.

Police say they did enforcement during the recent Fourth of July weekend. Over that two day period, police responded to 58 calls for service about illegal fireworks.

“Leave the fireworks to the professionals,” said Fire Captain Paul Haake, of the Maui County Fire Prevention Bureau. “I see too much associated with these aerials. People bring them to parties with families all around. Just don’t do it. ” 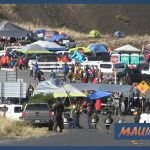 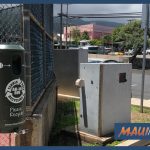