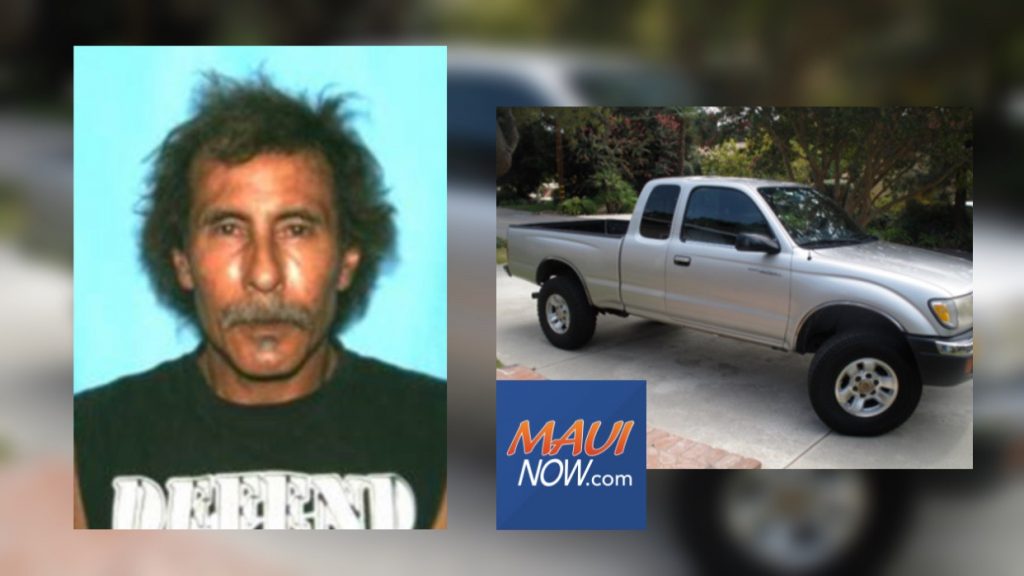 The Maui Police Department and Crime Stoppers is seeking the public’s help in locating James Tendo, 58, of Wailuku.

Tendo is described as an “avid surfer” and is known to frequent the Olowalu area.

His vehicle is a 2000 grey Toyota Tacoma extended cab, with Hawaiʻi License Plate: MRF-042. The truck has a camper shell and surfboards.

Crime Stoppers reports that Tendo is not believed to be at risk at this time; however, his current whereabouts are unknown.