Upcountry Councilmember, Yuki Lei Sugimura is calling for an analysis on the requirement for Upcountry cesspool replacement.

“Clean water is a priority for all of us, whether it be in the ocean, streams or groundwater,” said Sugimura. “Clarification as to why Upcountry Maui is deemed a top priority for cesspool replacements is needed.”

Sugimura explained that most of the Upcountry drinking water comes from surface-water supplies that she says “meet drinking-water standards after treatment.” She obtained the information from the Department of Water Supply’s Gladys Baisa at a Makawao Cesspool Community Meeting on Jan. 9, 2018.

“I am working with the county Department of Environmental Management, the state Department of Health and our state legislators to identify an equitable wastewater solution for Upcountry Maui that will protect public health and our natural resources for future generations,” said Sugimura in a press release.

A Department of Health report published in 2018, identifies areas to prioritize for cesspool replacement or upgrades. The area identified to be of highest priority was Upcountry Maui, “purportedly because of impacts that cesspools can have on drinking-water sources,” said Sugimura.

Sugimura points out that the report also states, “There is no evidence of bacterial contamination in the Upcountry drinking water after chlorine disinfection, and nitrate levels are currently below the protective human health standard set by the Environmental Protection Agency and DOH.”

According to Sugimura, residents also question the process that she says, “does not seem to differentiate commercial septic systems from the individual cesspools used by most Upcountry residents.”

Sugimura had the following questions: “Should priorities be placed on large capacity systems over residential units? Why should residential cesspools be treated identically to industrial facilities?”

Roger Babcock Jr., a professor at the University of Hawaiʻi at Mānoa, spoke at an informational session held at the Kula Community Center on June 27. According to Sugimura, he reported a summary of options, cost estimates for Upcountry cesspool replacements and models of future nitrate contamination potential of each option.

“Professor Babcock did not discuss the urgency for Upcountry residents to convert their individual cesspools to septic tanks since that determination had already been made by the initial DOH report,” said Sugimura.

During the meeting, Dr. Lorrin Pang, the state’s district health officer for Maui, also expressed the need for further risk assessments to help guide decision-making. “He stated nearshore cesspools that impact the ocean, thus affecting both the environment and public health, may pose a greater danger to society than those Upcountry. This, again, raised doubts about how urgently Upcountry residential cesspool replacements need to be done,” said Sugimura.

According to Sugimura, “many residents voiced a preference for a planned process to address wastewater.”

Eric Nakagawa, director of environmental management, is Maui County’s representative on the Cesspool Working Group. This group was created by the 2018 legislature to provide a long-range comprehensive plan for wastewater, including financial analysis for cesspool conversion by the 2050 deadline.

“I will continue to work with Director Nakagawa, the legislature, homeowners and others to achieve the goal of replacing cesspools in an economically feasible way. Addressing cesspools can be costly for homeowners and a long-term, risk-based comprehensive plan to assist homeowners is urgent. Community engagement and partnerships will be key to success,” said Sugimura.

Sugimura is chair of the County Council’s Multimodal Transportation Committee. She holds the council seat for the Upcountry residency area. “Council’s 3 Minutes” is a column to explain the latest news on county legislative matters. Go tomauicounty.us for more information. 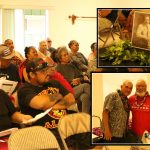