One person was injured when combustion fumes from a portable gasoline generator caused and explosion and sparked a structure fire in Kīhei on Monday evening, fire officials said.

Authorities say the combustion occurred after the generator was refueled and was being restarted. The explosion injured one individual and caused a fire within a storage structure.

Fire officials say the fire caused an estimated $2,500 in damage to an outside storage building and to contents within.

There was no damage to the primary structure on the property. 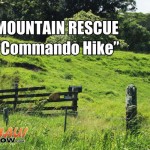 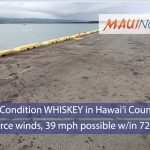