On Aug. 19, 2019 at about 5 a.m. Wailuku Patrol Officers received information that Nainoa Gazman Figueroa posted on his Twitter page that he intended to “shoot up a school…,” according to Maui police.

Police say he stated he posted the statement because he “thought it was funny.”

Checks of his residence found no firearms and none were registered to him, according to police.

Gazman Figueroa was arrested for Terroristic Threatening in the First Degree. He was transported to the Wailuku Police station. 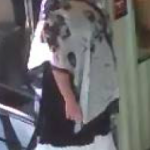 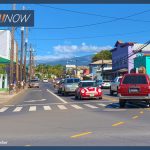