On Thursday when 10 small whales (and one whale calf) beached themselves on Sugar Beach there was some public confusion as to how these human-sized mammals were not dolphins or porpoises.

Whales? Aren’t they too small to be whales?

Not necessarily. These particular whales were identified by on-scene scientists from NOAA (National Oceanic and Atmospheric Administration) as Melon-Headed Whales. These whales are much smaller than the Humpbacks that are seen during whale season on Maui, and are a part of a group of cetaceans (a class of marine mammals that includes whales, dolphins and porpoises) as one of four “blackfish” that includes pygmy killer whales, melon-headed whales, short-finned pilot whales and false killer whales. 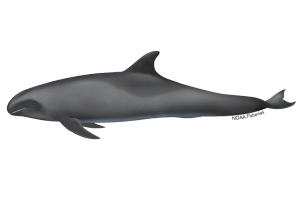 All four of these whales have very similar features: a gray-black coloration, bulbous head without a beak, and falcate or “hooked” dorsal fin. This compared to dolphins having a beak and porpoises having triangular fins. 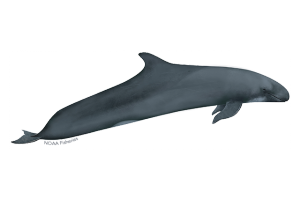 The four types of whales are so similar that even scientists have trouble telling them apart.

David Schofield, NOAA Marine Mammal Response Coordinator said, “They are sometimes at first glace difficult to speciate.  In fact today even though there was a bunch of us that responded to these animals, there’s still some debate whether or not these particular whales are are melon-headed whales or pygmy killer whales.” 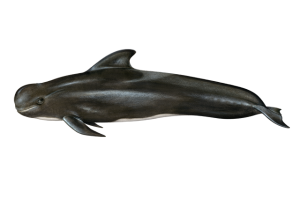 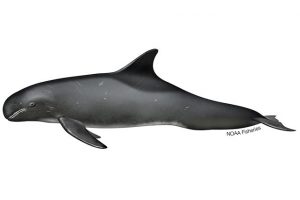 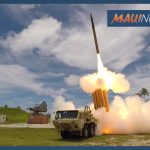 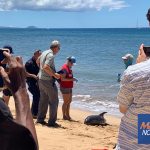