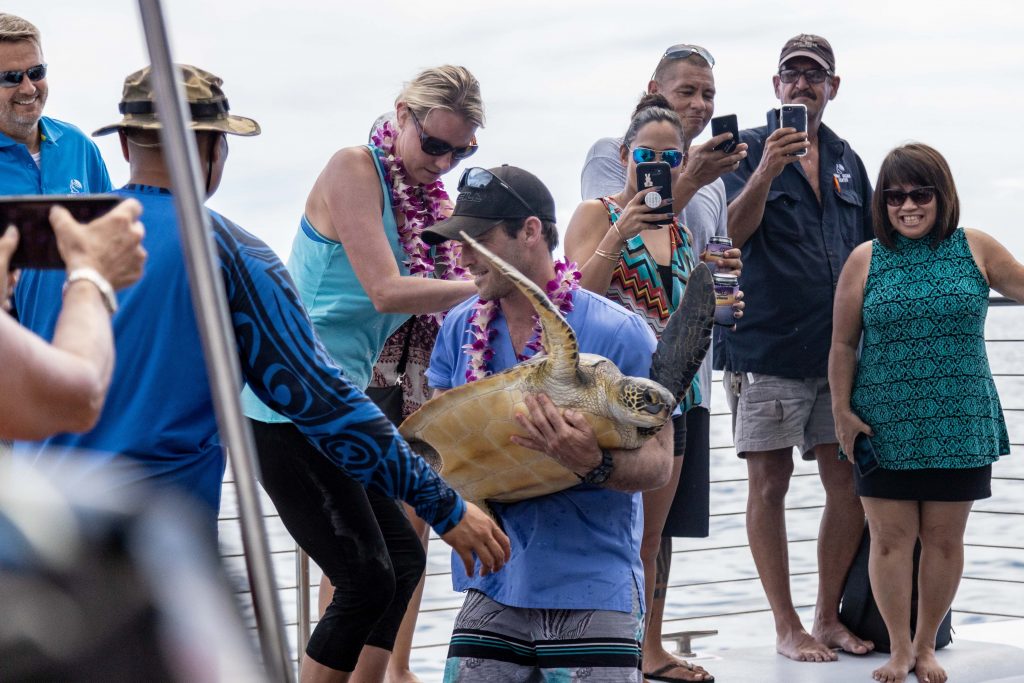 A crowd bids farewell to one of the turtles during a release ceremony on Thursday. Photo Credit: Maui Ocean Center.

The turtles were raised at the Maui Ocean Center for the past three years and were released from the Aliʻi Nui catamaran in Maʻalaea on Thursday.

All four of the turtles, Luana, Holokai, Kapena, and Nanahea, were hatched at Sea Life Park Hawaiʻi back in 2016.

According to the Maui Ocean Center in a press release, the turtles were “an essential part of the aquarium’s educational program to teach guests about Hawai‘i’s sea turtles while advocating for turtle conservation.”

The ocean center has raised and released 78 Hawaiian green sea turtles since 1998.