According to federal court documents, Yamanoha and three others, Michael Brittan, Daniel Rose and Lee Ann Miyamura were members and employees of the International Brotherhood of Electrical Workers (IBEW), Local 1260, when they agreed to falsify the results of an IBEW vote on a resolution to raise union dues.

The alleged incident took place on or about Jan. 26, 2015, when Brittain, Rose, Miyamura, Yamanoha, and others flew from Honolulu to Guam, where Unit 9 of Local 1260 was holding a meeting to vote on the dues increase resolution. Federal court documents state that “on the morning of January 29, 2015, Brittain, Rose, Miyamura, Yamanoha, and others met in a conference room at the Guam Hilton and filled out fake ballots voting ‘yes’ on the dues increase.”

Yamanoha agreed to cooperate with federal prosecutors in the case and agreed to plead guilty to “conspiring to cause a false entry in a record required to be maintained by a labor union,” which carries penalties of up to one year in prison, up to a $10,000 fine as well as up to one year supervised release.

He is a former sportscaster for former Honolulu NBC affiliate KHNL, which became Hawaii News Now after merging with Honolulu CBS affiliate KGMB until he resigned to pursue a real estate career in 2007. Currently Yamanoha is employed as the spokesman for HART. 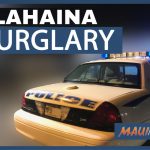 Arrest Made in Lahaina Home Burglary 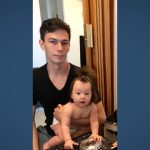