Fees for Hawaiʻiʻs small boat harbors and boating facilities will increase soon, a press release from the Department of Land and Natural Resources announced.

“The revenues from the fee increases over time will help to reduce the significant backlog of deferred maintenance so we can make our harbors safe and appealing once again,” DLNR Division of Boating and Ocean Recreation administrator Ed Underwood said in the release.

According to Underwood, DOBOR is only allowed to collect fees to pay for facility management and maintenance expenses.

“Our goal was to set fees that are fair according to use,” Underwood added.

Gov. Ige signed the fee hikes into law on Aug. 13.

Underwood noted that the new rates are “still very competitive when compared to both public and private mooring rates elsewhere in the state.”

DOBOR last implemented a set of fee increases in 1994.

The changes resulted from rule amendments under a statute that updated slip fees for DLNR harbors and other fees associated with vessel operation and boating facilities in Hawaiʻi.

For example, freshwater may now only be used for specific boating activities. Boat launch ramp fees will no longer cover freshwater use at boat and trailer washdown facilities.

Last fiscal year, the water bills for 15 of the 25 boating facilities statewide exceeded $20,000, with three of them surpassing $100,000, Underwood explained.

“To help us conserve water, boaters should only use one hose bib at a time while using the washdowns and keep their time limited to a maximum of 15 minutes.  They should also use spring-loaded nozzles on hoses to prevent water just running and being wasted,” Underwood added.

Underwood warned that if water consumption is not reduced and unauthorized use continues, the department will have to establish “tighter controls,” including a metered usage fee and even shutting down water.

“A washdown shutoff at even one facility could save millions of gallons of drinkable water each year,” Underwood said.

“Our freshwater supply is being depleted faster than it can be replenished,” Case said.

“As responsible stewards, we have to do everything possible to conserve our limited natural resources.”

The new fees will go into effect on Nov. 1. 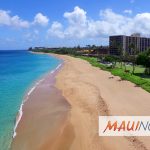 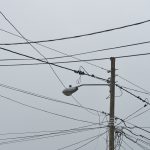