Plane That Ran off Runway in Kapalua Had Trouble Slowing Down, Report Finds 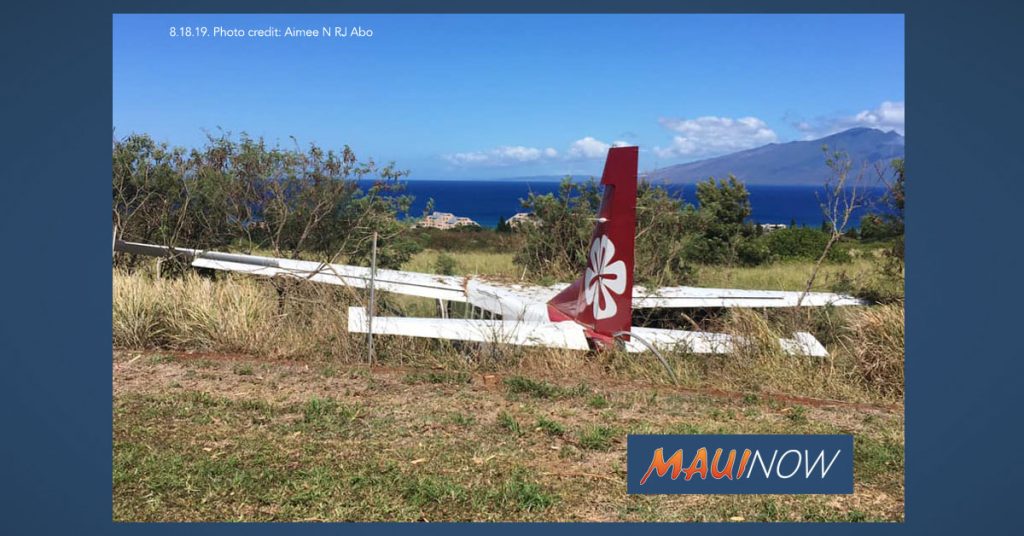 A Mokulele Airlines plane that swerved off a runway at Kapalua Airport last month had trouble decelerating, according to a preliminary report that the National Transportation Safety Board issued on Wednesday.

In the report, a captain for the airline said that the first officer was operating the Cessna 208B plane during the flight from Honolulu airport on Aug. 18.

According to the captain, the plane approached the runway “about 35 knots too fast,” and the airplane touched down “about halfway down the runway, a little longer than normal.”

The first officer reported that the plane did not decelerate after he tried to shift the propellers into reverse.

“Something didnʻt feel right,” the captain said in the report.

After the captain took over and applied full reverse and maximum breaks, the main landing gear wheels locked and started skipping.

Thatʻs when the plane skidded off the runway down an embankment and “sustained substantial damage” after ending up in a brushy area.

All 10 people aboard evacuated through the main door and none of them suffered injuries, the report noted.