Maui County prosecutors have charged 18-year-old Carlo C. Tolentino, also known as Carlos Tolentino of Lānaʻi, with two counts of second degree sex assault while the victim was “physically helpless” according to the indictment.

According to Hawaiʻi Revised Statute 707-731(b) a person commits the act of sexual assault in the second degree if: “the person knowingly subjects to sexual penetration another person who is mentally incapacitated or physically helpless.”

Tolentino was also charged with one count of invasion of privacy. The indictment states all charges took place between June 13 and 14, 2019.

Tolentino was also ordered by the court to stay away from the Four Seasons resort in Lānaʻi City as well as a Fraiser Avenue address on Lānaʻi. Tolentino’s bail was listed at $100,000. 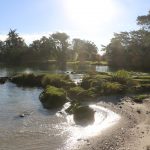 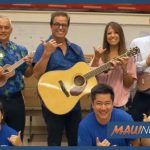