A Kahului man was transported to the Maui Memorial Medical Center last night with critical, life-threatening injuries sustained in a motor vehicle collision on Dairy Road.

The incident was reported at 7:08 p.m. on Thursday, Sept. 19, 2019 on Dairy Road at the Hukilike Street intersection near the Kahului Fire Station.

Maui police say the collision occurred as a white 2015 Hyundai Sonata four-door sedan, operated by a 41-year-old man from Lakewood, Colorado, was traveling northeast on Dairy Road when he negotiated a left turn onto Hukilike Street.

A blue 2016 DaixiZhenhua moped, operated by a 40-year-old Kahului man, traveling southwest within the inner lane of Dairy Road, collided into the passenger side of the Hyundai, according to Maui police.

Police say the operator of the moped, was not wearing a helmet, and was transported to the hospital emergency room.

The operator of the Hyundai was wearing his seatbelt and was not injured in the crash.

Dairy Road was closed from around 7:30 to 10 p.m. while police conducted an investigation. Police say the involvement of speed, drugs, and alcohol are still pending as the investigation is ongoing. 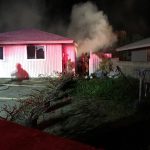 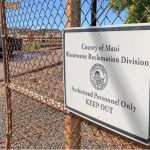