“The County has made its case twice before federal courts, both of which have concluded that the County violated provisions of the Clean Water Act,” said Council member Molina.  “If we continue the case, are we just spinning our wheels and we appear to be fighting a losing battle.”

During the council meeting Corporation Counsel officials said that it was their opinion that it will be up to the mayor to decide whether to settle the case or not, even if the council votes to settle.

“My administration will review its options in light of the County Council’s 5-4 vote in favor of authorizing a settlement and withdrawing the Lahaina injection well case from consideration by the U.S. Supreme Court,” said Mayor Victorino via press release after the votes were cast. “I am committed to 100 percent reuse of recycled water, but no matter what happens with permits that have become the object of over-heated debate, these improvements cannot happen overnight.

“The Maui County Council showed true leadership today in its decision to settle outside of court and not risk a historic standoff over the future of America’s clean water at the Supreme Court,” said Earthjustice Managing Attorney Isaac Moriwake. “This decision is a win not only for Maui, but for the country at large.” 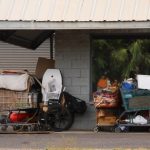 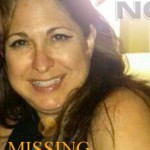