The Maui County Council is scheduled to vote on a resolution authorizing a settlement at today’s meeting.

“It’s important for everyone, Council Members and our residents, to fully understand the impacts of withdrawing this case from consideration by the U.S. Supreme Court,” said Mayor Victorino. “These include a projected doubling and nearly tripling of sewer rate fees in the next five to 10 years; fines of nearly $1 million per day for Maui County’s 18 injection wells; a projected cost of $150 million to $200 million per treatment plant for conversion to ocean sewage outfalls; and payment of more than $1.1 million in plaintiffs’ attorneys fees and costs. All this for an uncertain impact on the nearshore environment, which receives other sources of pollution such as fertilizer residue, land-based sediment and cesspools.”

The four community groups, represented by Earthjustice (Sierra Club and the Surfrider Foundation, with support from Hawai‘i Wildlife Fund and West Maui Preservation Association) filed a complaint with in Hawai‘i Federal District Court in 2012, alleging that Maui County was in violation of the Clean Water Act for its injection well discharges of municipal wastewater into the Pacific Ocean just offshore of Kahekili Beach Park in West Maui.

The Mayor’s administration says, “Maui County’s facilities have been regulated and operated safely for decades under the Safe Drinking Water Act.”

Environmental groups who brought the lawsuit say they’re asking the County to fix nearshore deadzones and give Maui’s reefs a chance to recover.  In an August interview, Hannah Bernard, Executive Director of Hawai‘i Wildlife Fund said, “The County’s refusal to protect an ecosystem in our backyard could jeopardize public health and clean water across the country. But it’s not too late for the County to do the right thing.”

The Mayor provided the following list of questions and answers detailing his stance on potential impacts of withdrawing the injection well case:

What would be the financial impacts for Maui County?

If the 9th Circuit ruling were to stand, Maui County would face Clean Water Act maximum fines of $53,000 per day for each injection well at wastewater reclamation facilities. There are four wells in Lahaina, eight in Kahului, three in Kīhei and three on Molokaʻi. This would expose the County to potential fines of almost $1 million per day for those 18 injection wells. Statewide, there are nearly 7,000 wells that fall under the same classification. Also, many common capital improvement projects or components of existing infrastructure may be in violation of the Clean Water Act and face costly legal exposure. It’s uncertain whether common infrastructure such as storm water retention basins could be exposed to liability. This could impact total project costs and costs for ongoing maintenance.

If injection wells need to be converted to ocean outfalls, which provide more regulatory certainty under the Clean Water Act, the cost would range from $150 million to $200 million per facility. Taken together for all the wastewater treatment plants, this could reach nearly the $800 million-plus current annual budget for Maui County. This doesn’t include land acquisition costs.

Other County departments would be impacted by regulatory uncertainty and unintended consequences. The County’s bond rating also could be negatively impacted.

Other financial impacts in accepting the plaintiffs’ settlement proposal include: payment of plaintiffs’ attorneys’ fees and costs in excess of $1.1 million; payment of $100,000 to the U.S. Treasury; and implementation of a $2.5 million water reuse project in West Maui.

Will building permits, Fiscal Year 2020 infrastructure projects, affordable projects and other capital improvement projects be delayed? What are the legal implications?

If any projects have pollutant discharges that are “fairly traceable” to a body of water such as a river or ocean and are more than a minimal amount, then they meet the 9th Circuit’s test and would be required to get a permit under the Clean Water Act. This means there will be delays to building permits, infrastructure improvements, affordable housing and various other projects. It’s uncertain whether new permitting requirements would be a major obstacle or stop projects entirely. The state Department of Health would need to enforce the 9th Circuit’s ruling, but currently the department has no regulatory framework to assess or permit drainage or wastewater effluent discharges into groundwater. Projects could potentially be delayed for months or years while procedures are developed. Members of the public also could bring citizens’ lawsuits based on the 9th Circuit ruling as a way to stop projects.

What are some of the specifics of the plaintiffs’ proposed settlement?

This settlement would revise a 2015 agreement that gave Maui County the right to appeal all the way to the U.S. Supreme Court. The proposed settlement would increase the County’s obligations and costs and impose the oversight of the plaintiff groups into core County functions.

One of the provisions of the settlement agreement would be to “reduce reliance” on the injection wells. Apart from being vague, this subjects the County to private oversight of a matter that involves significant future capital expense. If the County’s water reuse program is affected by the 9th Circuit decision, which the County expects it would be, the County would find itself in violation of the agreement because of the lack of or refusal of end users, including the Department of Parks and Recreation, to use recycled wastewater.

Another provision warns the County that, aside from specific facts in the present lawsuit, the plaintiffs reserve the right to bring action against the County for any perceived violations of the 9th Circuit’s interpretation of the Clean Water Act at any County facility. Any agreement with the plaintiffs is not a shield as to other enforcement, either by agencies or citizens, based upon the 9th Circuit’s decision.

“My administration is fully committed to eliminating injection wells, except for emergency back-up uses,” Mayor Victorino said. “We are not there yet. It will take time and money, and the cooperation of our recycled water customers. I ask for our day in court to allow the U.S. Supreme Court to clarify the regulatory reach of the Clean Water Act and whether a permit under that act is required for Maui County’s injection wells.” 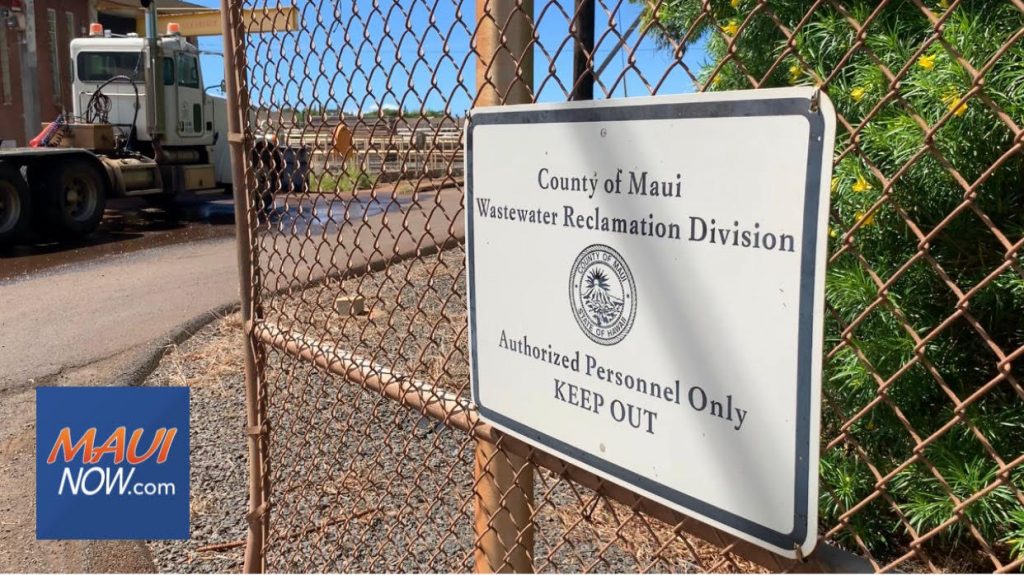